Does this picture suggest Georges St-Pierre is gearing up for a move to lightweight?
Press enter to begin your search
MMA

Does this picture suggest Georges St-Pierre is gearing up for a move to lightweight?

St-Pierre has gone on record as saying he wants to try his hand at 155-pounds. 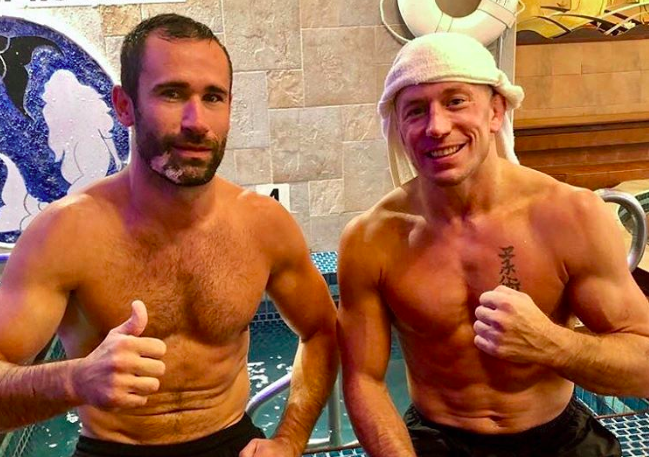 Speculation has been rife that former UFC welterweight and middleweight champion Georges St-Pierre is giving serious consideration to trying his hand at lightweight, too.

With middleweight firmly behind him as a result of the health issues which manifested as he fought at 185-pounds, St-Pierre has spoken in the past that he would be open to accepting a fight at lightweight — so long as it was against an opponent he deemed a challenging opponent.

“I want to do something that … at 155, I never did it before,” St-Pierre said. “The title, or beating a certain guy that’s on the rise. It could be Khabib Nurmagomedov, (or) if there’s another guy that is unbeatable.”

“If I come back like, ‘Georges is never going to beat him.’ You say never, I’m going to love it,” he added. “When Dana said I would never come back, it excited me. If it’s never been done before, and it means if I do it, that will excite me.”

And now, the below picture posted to St-Pierre’s Instagram account appears to show him in far more svelte shape that we are accustomed to.

Recovery time in Russian Spa in Brooklyn with @82spaniard!

Could we be in line for Conor McGregor vs. Georges St-Pierre at some point in the future?