Whoever it ends up being against, Owen Roddy believes a Conor McGregor appearance in International Fight Week would be fantastic for UFC fans. 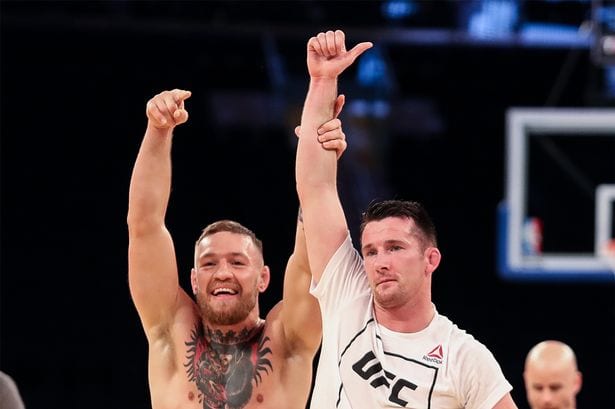 Owen Roddy believes we will see Conor McGregor back in the Octagon as the headlining act for International Fight Week.

Admittedly, there are currently no guarantees in this world with the coronavirus continuing to spread, but should things be getting back to normal within the next few months, McGregor’s longtime friend and coach thinks July 11 in Las Vegas would be perfect for a return.

“That’s the plan, hopefully,” Roddy said, speaking to Ariel Helwani of ESPN. “Bring the UFC back to life with of these shows being cancelled and stuff like that. I think a fight on July 11 would bring the UFC back to life and get everybody back on track. My fingers are crossed and I’m sure the rest of the world’s fingers are crossed for that fight.”

As of yet, there is no opponent locked in, but as per usual the Irishman has a multitude of names he could easily be linked with. For Roddy, as of right now the figure that sticks out is Justin Gaethje, whom McGregor declared earlier this year was “on the list.”

"I think a fight on July 11 would bring the UFC back to life and get everybody back on track."@coachowenroddy says the plan is for @TheNotoriousMMA to fight this summer and mentions Justin Gaethje as an exciting opponent (via @arielhelwani) pic.twitter.com/0KJxMHNJJD