‘Onwards and upwards we go’: Conor McGregor releases video statement in the wake of UFC 264

Conor McGregor has thanked his fans for all their support after successful surgery for a broken tibia. 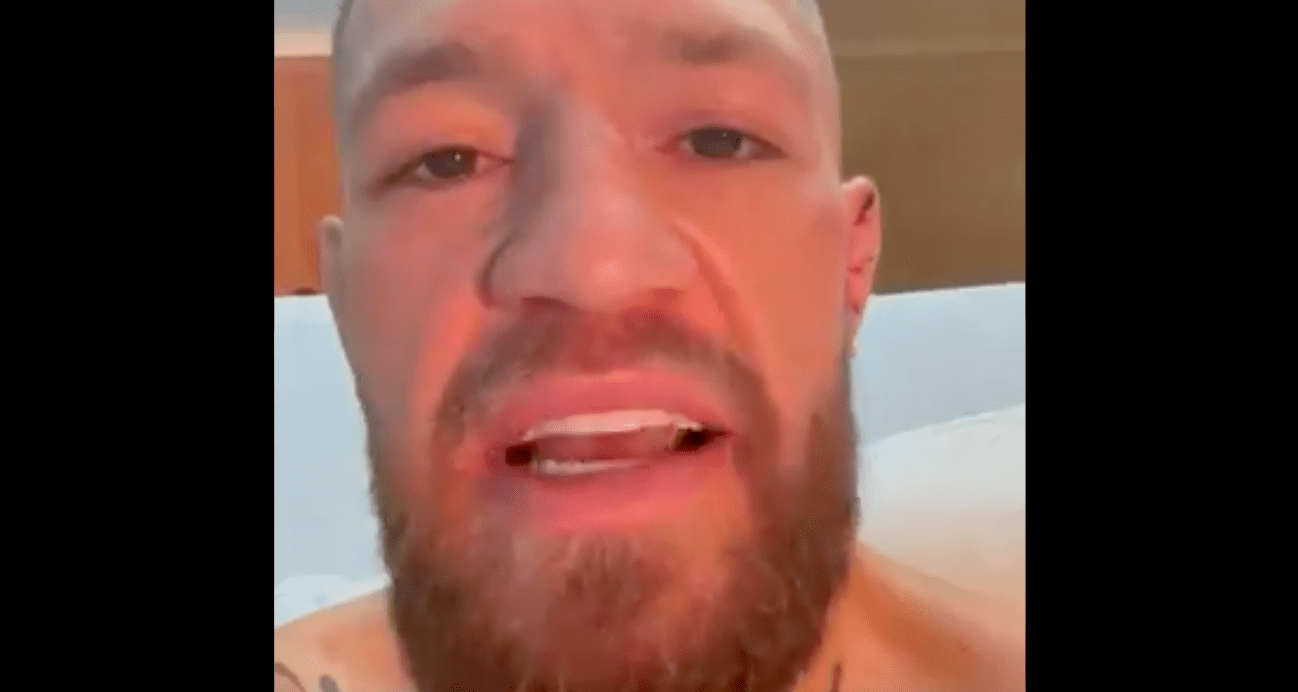 Conor McGregor is out of surgery following the broken tibia he suffered last Saturday night, and has released a video statement on social media to thank fans for their support as he prepares to focus on recovery.

“What’s up fight fans, the Notorious here,” says McGregor in the video clip. “Just out of the surgery room, everything went to plan. Everything went perfect. I’m feeling tremendous. We got six weeks on a crutch now and then we begin to build back.

“I want to thank all the fans from all around the world for their messages of support. I hope you all enjoyed the show. I want to thank all the fans in attendance at the T-Mobile Arena: 21,800 fans in attendance. The place was absolutely electric. It was a hell of a first round, it would have been nice to get into that second round to see what’s what but it is what it is, that’s the nature of the business.

“A clean break of the tibia and it was not to be. Dustin, you can celebrate that illegitimate win all you want but you done nothing in there. That second round would have shown all. Onwards and upwards we go, team. We dust ourselves off, we build ourselves back and we come back better than ever. Let’s go team!”