‘Not too sexy at the moment’: Alistair Overeem comments on grotesque lip injury suffered in UFC DC main event
Press enter to begin your search
MMA

‘Not too sexy at the moment’: Alistair Overeem comments on grotesque lip injury suffered in UFC DC main event

That’s one way of putting it. 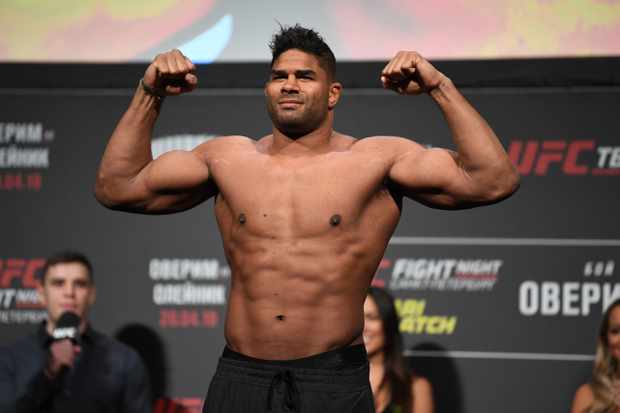 For Alistair Overeem, it was all going so well — until it wasn’t.

Through the vast majority of five rounds opposite Jairzinho Rozenstriuk in the UFC DC headliner, the veteran Overeem was soundly outpointing his undefeated opponent and looked to be easily on his way to being declared the victory on the scorecards but with just seconds remaining in the final round, Rozenstruik swung a haymaker which caught the Dutch kickboxer square on the mouth.

The strike sent Overeem down where he rested against the cage for a moment before rising to his feet and turning his back to the fight, causing the referee to call a halt to the contest. Furthermore, that final strike opened up the type of cut on Overeem’s lip which made the one experienced by Robbie Lawler in his UFC 189 classic against Rory MacDonald appear more like a pin-prick.

The damage, as you can see below via Dana White’s Twitter, was extensive.

While Overeem will almost certainly have a date with plastic surgeon in his immediate future, he clearly hasn’t lost his sense of humour in spite of the left side of his lip looking like it is falling off his face.

Shortly after the fight, he took to his own social media to provide an update on his condition.

Getting stitched up. Lip not to sexy at the moment.. a little bit a fast stoppage if u ask me – but hope u guys enjoyed the fight 💪🏽💪🏽💪🏽💪🏽😌

“Getting stitched up,” he wrote. “Lip not [too] sexy at the moment.. a little bit a fast stoppage if u ask me – but hope u guys enjoyed the fight.”

The loss is the 18th of Overeem’s 64-fight professional career and the 14th time that he has been defeated by KO or TKO.