‘He needs to stop’: AKA head coach backs Daniel Cormier’s decision to retire
Press enter to begin your search
MMA

‘He needs to stop’: AKA head coach backs Daniel Cormier’s decision to retire

Daniel Cormier called time on his career after losing a rubber match with Stipe Miocic earlier this month. 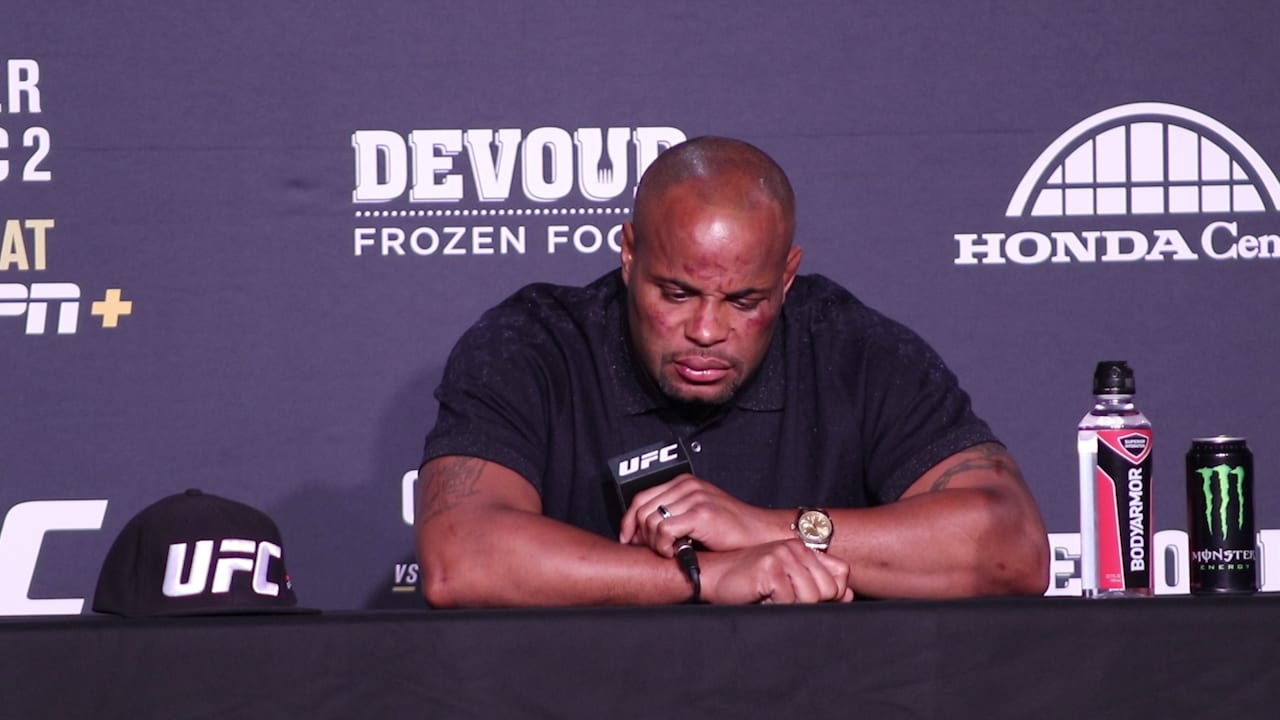 When the history books are being reflected on many years from now, it won’t be difficult to calculate Daniel Cormier’s contribution to mixed martial arts.

In addition to his Olympic legacy outside of the cage, inside of it he was a two division UFC champion. A Strikeforce heavyweight champion, as well as winning a heavyweight grand prix in the same organisation, but while he didn’t get to step away from the sport on his own terms — by reclaiming the UFC heavyweight title from Miocic — his coach at the American Kickboxing Academy, Javier Mendez, says that Cormier made the correct move in stepping away.

“He needs to stop,” Mendez said to the ‘Hablemos MMA’ podcast, as reported by MMA Insight. “He’s 41, and the truth is that he’s not the same person I had when he was 27 years old. He’s gone down a bit.

Thank you all for the love and support. Not what I wanted or expected but it is what it is. Congrats to @stipemiocic on a fantastic fight, was an honor and pleasure to share the octagon with you for 50 minutes. Boy did we give ‘em a show everytime. To my team: I love you all to death, you’ve made so many sacrifices. I hope I made you guys proud. Salina and the kids: thank you for being my motivation. To all the fans: I love you so much. You guys push me to try and be great. To @danawhite and the @ufc: I have loved every minute. Thank you for giving me the opportunity. Been a helluva ride, huh?

“He’s got so many obligations with interviews, television, and it’s best that he doesn’t fight. It sucks that the fight went that way, and he had to leave like that, but you know, he’s one of the best in the world. What he’s done is very big. He doesn’t need to do any more. He’s not No. 1 or 2 pound-for-pound, but he’s four or seven or around that number. What he did is great. I don’t want him to fight, and he doesn’t want to fight because he only wants to fight for titles. And for what? He’s going to make more money with television and other things, and if he’s not fighting for a title, why fight?

“All the fights that he’s had, his last 11 fights have been for the title. So this time not fighting for a title? I don’t think so. And he wants to help me, help his kid and the wrestlers he has. He’s very proud, and it fills him with joy to be training them so they can be good men.”

Cormier’s legacy, though, is assured and Mendez says that his student will be remembered as one of the greatest to even put on a pair of 4oz gloves.

“He’s one of the greatest ever, and I’m so proud of him,” Mendez said. “I love him with all my heart. He’s a great person. He’s helped many people, and he doesn’t say anything about it. He helps many people with money and other things here and there.