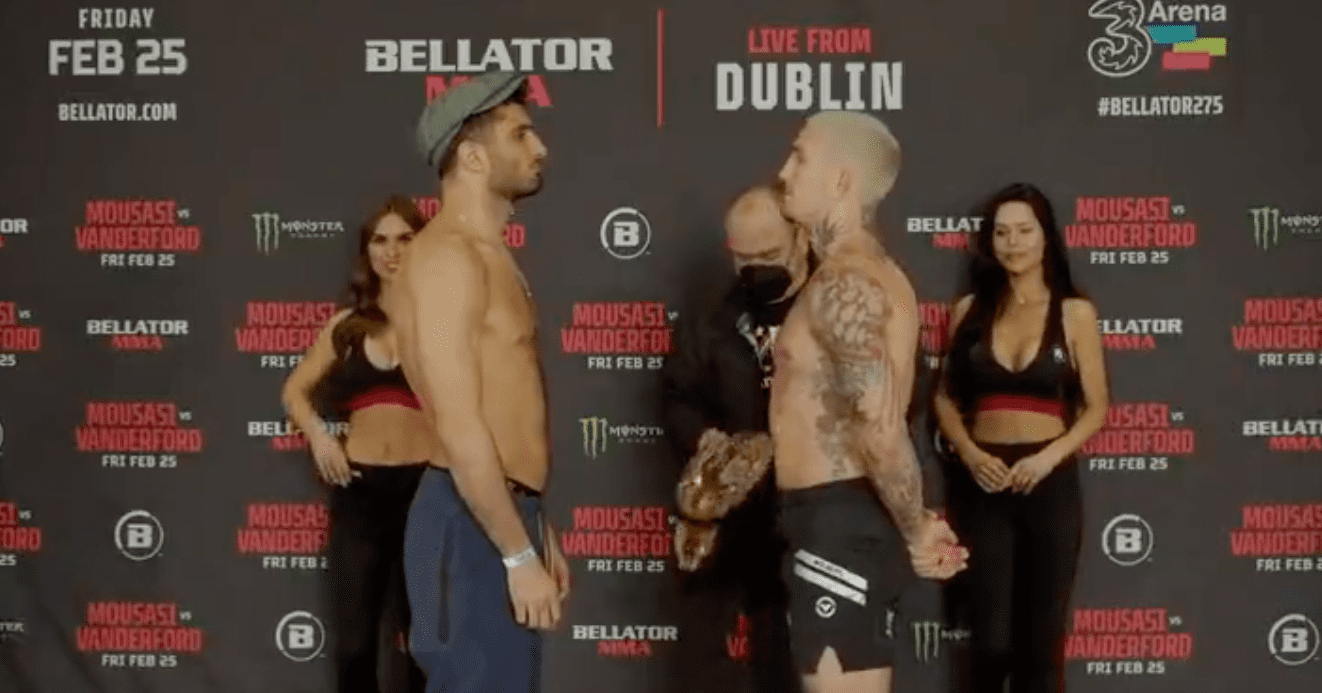 Mousasi weighed in at 184.6 pounds for the fight, while Vanderford comes in slightly lighter at 183.7 pounds ahead of the five-round championship bout which caps the promotion’s return to the Irish capital. The co-main event featuring Irish fighters Leah McCourt and Sinead Kavanagh is also a go after both came in under the featherweight non-title limit if 146-pounds.

One fighter missed weight, Englishman Jamie Hay, and he will forfeit a percentage of his purse to SBG’s Lee Hammond, who is fighting in his second professional contest.

Who will leave @3ArenaDublin as Bellator Middleweight Champion? 🏟@Mousasi_MMA defends his crown against No.1-ranked challenger @AustinV170MMA.

This one has been a long time comin’! 👇@SineadKavanagh0 and @LeahMcCourtMMA will clash at #Bellator275, in a historic night for Irish MMA.