Michael Bisping to GSP: I’m going to hit you so hard, you’ll think you’ve been abducted by aliens
Press enter to begin your search
MMA

Michael Bisping to GSP: I’m going to hit you so hard, you’ll think you’ve been abducted by aliens

Michael Bisping had plenty to say during his press conference with Georges St-Pierre earlier today. 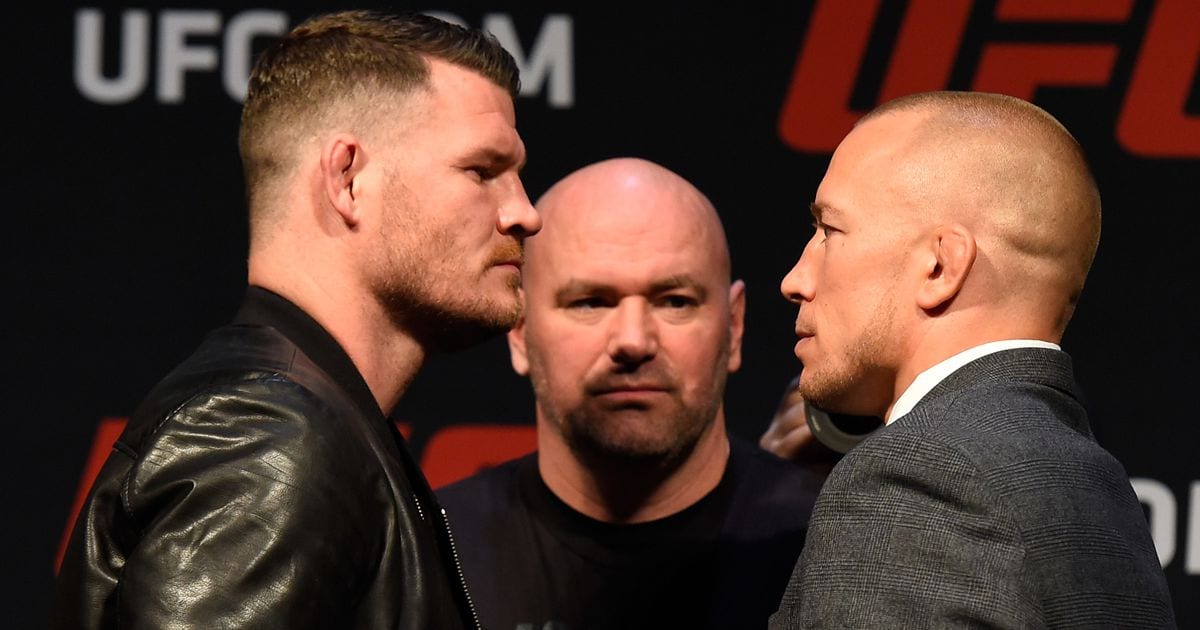 Josh Koscheck. Nick Diaz. Dan Hardy. All legendary men on the microphone when it comes to putting down their opponent. However, try as they might, not one of them could faze Georges St-Pierre ahead of their respective bouts. Michael Bisping? Give him twenty minutes on a Friday afternoon.

St-Pierre and Bisping met in their second press conference opposite the other day in Las Vegas, Nevada, and after nearly half an hour of various put downs and insults, St-Pierre had just about enough.

It all started innocuously enough, with Bisping repeating his claim that St-Pierre only agreed to come out of retirement and face him because St-Pierre felt the Brit posed a winnable fight.

“I knew this fight would come off, because he hasn’t got the balls to fight anyone that he doesn’t think he can beat, like Anderson Silva, like many other people,” Bisping said.

Following that, the two continued to shoot back and forth, with St-Pierre appearing more and more irritated by the Brit’s running mouth as time went on.

And — in a particularly surprising moment for the usually ice cool St-Pierre — it nearly turned physical during the staredown.

As Bisping mockingly squeezed St-Pierre’s arm to suggest he hadn’t enough muscle, St-Pierre (lightly but firmly) punched Bisping in the stomach to push him back — much to Bisping’s delight.

The two will square off in the main event of UFC 217, which takes place in Madison Square Garden on November 4.