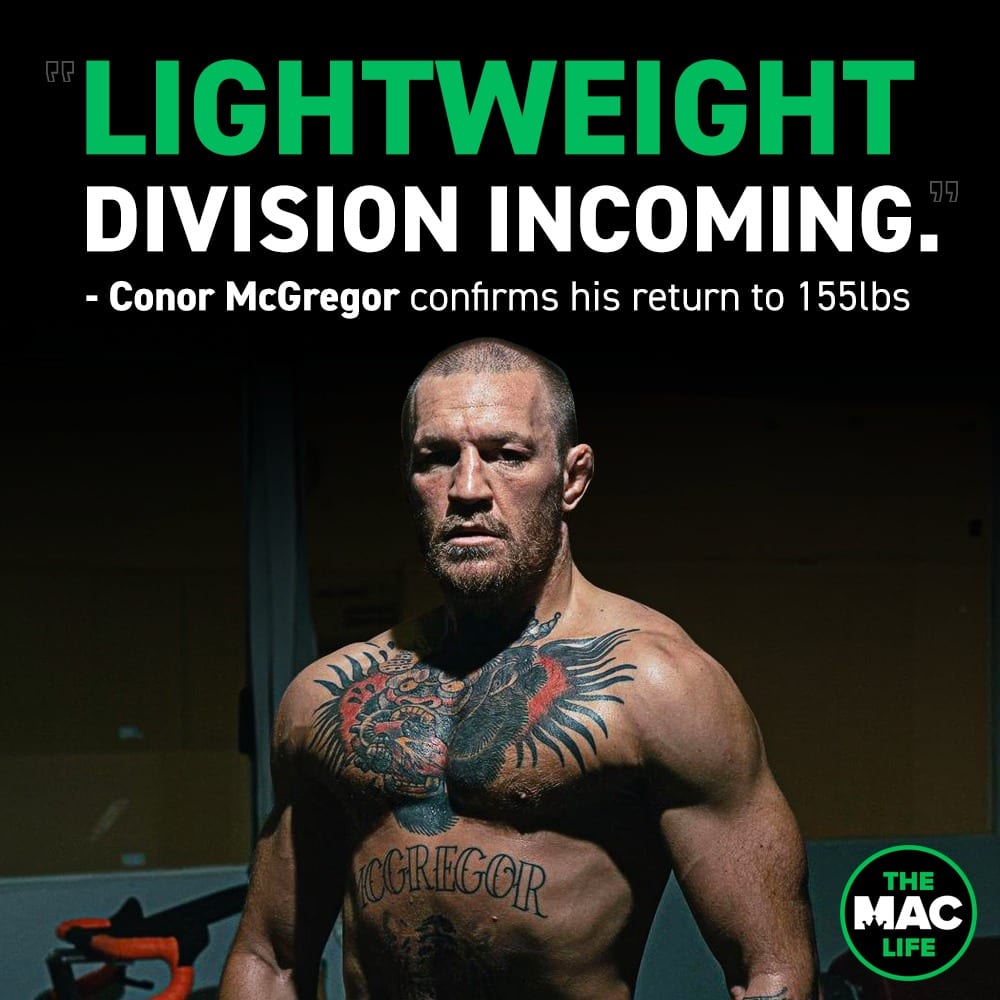 Conor McGregor’s forthcoming rematch with Dustin Poirier will take place in the UFC’s lightweight division according to a social media post issued by the Dubliner on Friday afternoon.

McGregor is set to face Poirier for a second time in January following their initial meeting at UFC 178 in September 2014 and while that particular fight took place in the featherweight fold, this one will be a featured fight in the 155-pound fold.

McGregor’s most recent fight in the UFC, January’s 40-second shellacking of Donald Cerrone in Las Vegas, came in the welterweight division after both fighters agreed to a contest in which they would require only a minimal weight cut. Speculation had persisted as to which weight class the January fight would take place in after both McGregor and Poirier had appeared open to fighting at 170 — but that speculation has come to an end following McGregor’s post on Friday.

The fight will represent McGregor’s first fight in the lightweight division in around two-and-a-half years. He has previously won lightweight world titles in both the UFC and Cage Warriors — holding both titles simultaneously with the promotion’s featherweight championships.

McGregor’s first fight against Poirier was won by the Irishman by TKO one minute and 46 seconds into the first round in what was his third fight in the UFC.