Edwards recorded his seventh straight win in the UFC welterweight division with a hard fought win in London. 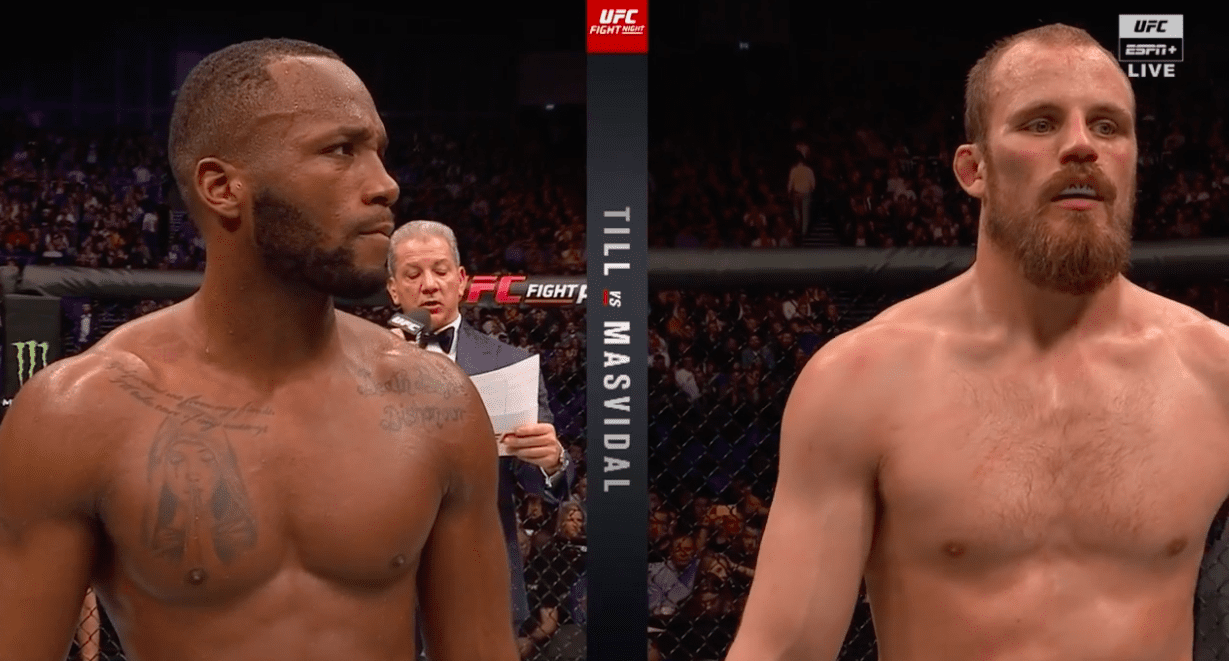 Leon ‘Rocky’ Edwards has now won seven straight bouts inside one of the UFC’s most talent-rich divisions.

The Englishman defeated Gunnar Nelson via split decision in the UFC London co-main event, showcasing a mixed arsenal of grappling and striking to get past the experienced Icelander. After a tight opening round, which was scored for Nelson by one of the judges, Edwards saw ascendancy in round two and dropped Nelson with an elbow as he exited the clinch, which sent him sprawling to the canvas and raised a significant haematoma on his right cheek.

Nelson attempted to push the pace in the third, landing a rushing right hand into a clinch and eventually worked to a takedown which — as has happened so often before — ended with Nelson mounted on a prone Edwards. Time, though, was an enemy and the clock wound down before he was able to roll for a submission.

Edwards called for a bout with the winner of the Till v Masvidal main event immediately after the fight, and has improved his career record to an impressive 17-3.