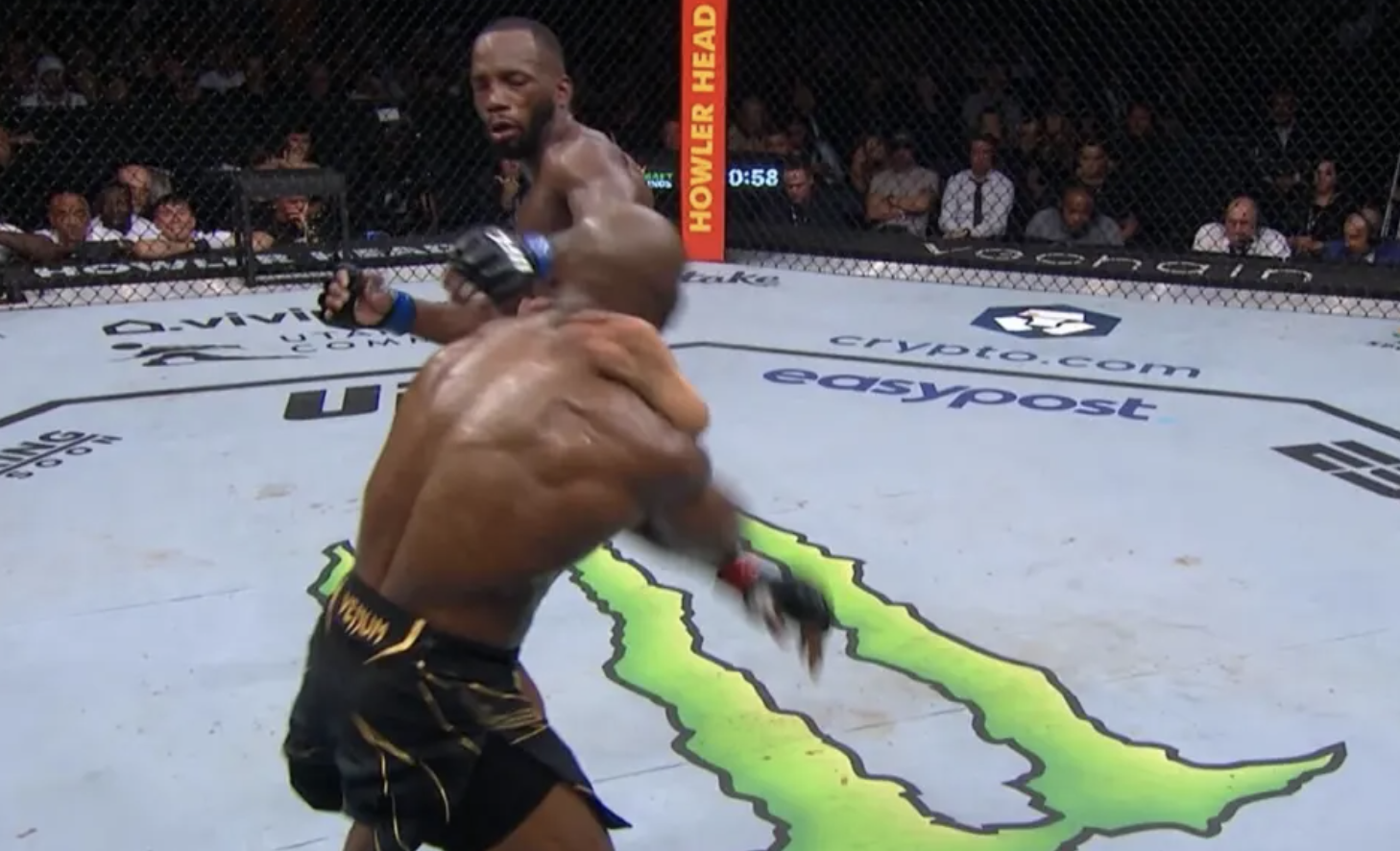 Leon Edwards scored a sizeable upset when he knocked Kamaru Usman in the closing seconds of their welterweight title fight at UFC 278 in August — and the Birmingham man is more than confident that he can do it all over again in their third fight.

The score between the two standout 170-pound fighters currently stands at one win apiece, with Edwards not having tasted defeat since he lost a decision to Usman in their first fight in December 2015 in what was Edwards’ fourth fight in the UFC. Since then, most observers will testify to the fact that Edwards has improved his game exponentially and has gone unbeaten in the 11 fights which followed, culminating in his vicious left high kick knockout of the former dominant champion Usman in Salt Late City.

A rematch between the two is expected in the first quarter of 2023 but speaking to British media, Edwards said that he expects a similar result next time around.

“It was one of the worst performances of my career, and that was the best Usman we’re going to get,” Edwards told the Daily Star. “That’s what he does in fights that’s the best we will see. And it was the worst of me.

“I think it will be a totally different fight with the same result,” he added of the trilogy fight. ”I thought the altitude played a big difference, my body wasn’t reacting, but it felt slower, I was slower to react. We took all the precautions to try to avoid it but yeah it played a massive part.

“It’s weird because I felt fresher in the fifth round. Maybe it was from the talk my coach gave me. I felt more like me in there. I thought the altitude played a bid difference, my body wasn’t reacting. I think I could do what I wanted, but it felt slower. I was slower to react. We took all the precautions to try to avoid it but yeah it played a massive part.”

The knockout blow, when it landed with less than a minute remaining in a fight he was down on the scorecards, capped a more than a decade-long run in the sport which he says has turned his life around — and even now two months removed from it, Edwards finds it hard to put into words what the moment was like to live through.

“Everyone keeps asking me to put it into words, how I felt at that moment, but it’s difficult,” he explained. “Working for so long for something and going through ups and downs, everyone doubting you and being the first guy training out of the UK to do it. There’s a lot of pressure I put on myself. I said from the start I was going to be the world champion but the road to get there was so difficult. It was a rollercoaster of emotions. I’ve been on a break and I needed that. I’ve been here there and everywhere.”