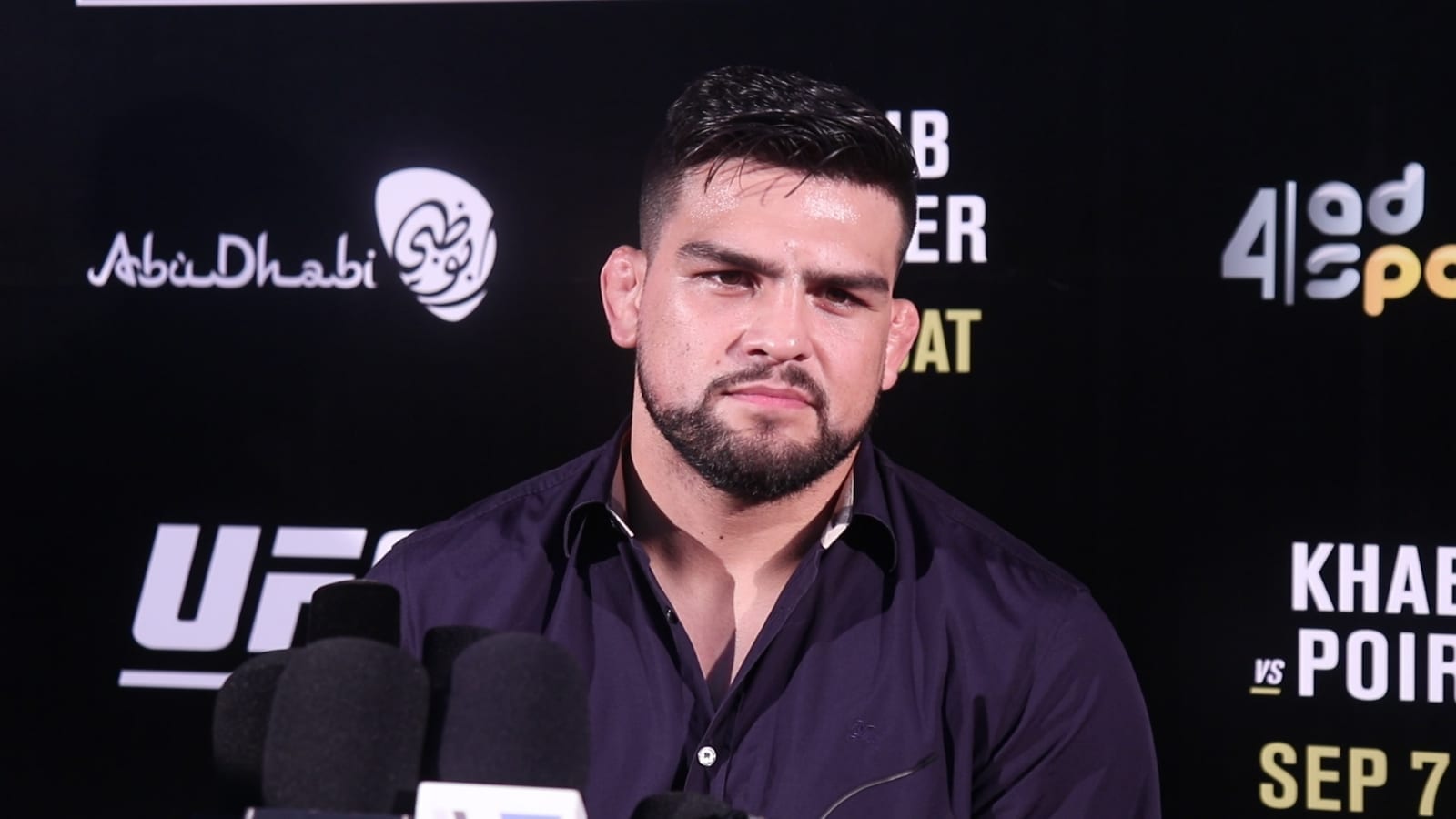 Kelvin Gastelum has his back against the wall.

The former UFC middleweight world title challenger has dropped to ninth in the official rankings due to a run of fights which has seen him lose four of his past five, even if those defeats came against fighters named Adesanya, Till, Hermansson and Whittaker.

Against Jared Cannonier this weekend, Gastelum will face a fighter with designs on working towards a title shot of his own and speaking to the media this week, Gastelum said that he knows he must be at his finest if he is to emerge with his hand raised — something he says was made more likely after spending time in training with Henry Cejudo.

Kelvin Gastelum admits he sees Derek Brunson as a hard task for Darren Till to overcome when they clash in the cage next month. pic.twitter.com/pXfDlYDw4s

“Honestly it feels great,” Gastelum said. “The preparation we had for this camp was just unlike any other camp that I’ve had. That’s where my confidence lies right now. The confidence lies in the preparation that led up to this fight. I did a couple of different things; I went out and trained with Henry (Cejudo) a couple of times for a few weeks and I got to pick his brain.

“We got to spend a lot of time to hang out and all that, but the times where we get to sit down and I actually get to pick his brain in the way that we did then, I don’t do it too many times. I got to learn from him and he got to show me how he structures his training.

“This guy’s a winner. Behind the ‘Triple C’ facade there’s a really intelligent competitor.”