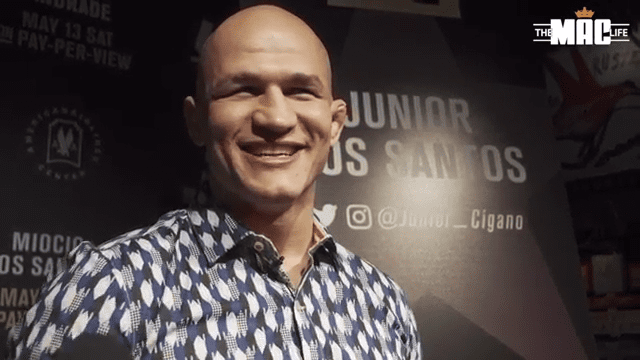 The violation comes from an out-of competition sample collected on August 10, USADA released in a statement.

Dos Santos was scheduled to face Francis Ngannou at UFC 215. He has been pulled from that fight, and the UFC are currently searching for a replacement.

It is currently unknown what the substance in question is that Dos Santos failed for, but he will be given a full legal process before a sanction is handed out. Dos Santos was last seen in a defeat to UFC heavyweight title holder Stipe Miocic.

UPDATE: Dos Santos’ team have released a statement to MMAJunkie, denying any wrongdoing.

“We are still trying to understand the test results, so that we can investigate and determine what happened,” said the statement. “What we know as of now is that Junior Dos Santos has never taken PED’s, has never knowingly used any banned substances, and has always supported USADA’s policies and efforts to keep the sport clean. If ever there was a fighter who made his position on this issue unequivocal, it’s Junior. We are confident that that we will be able to figure out what happened, and will provide an explanation once we have one.”