Jorge Masvidal on Colby Covington: “I am not going to let anyone disrespect my family”
Press enter to begin your search
MMA

Jorge Masvidal on Colby Covington: “I am not going to let anyone disrespect my family”

Jorge Masvidal admits some of Colby Covington’s pre-fight comments may have played a factor in the alleged assault in March. 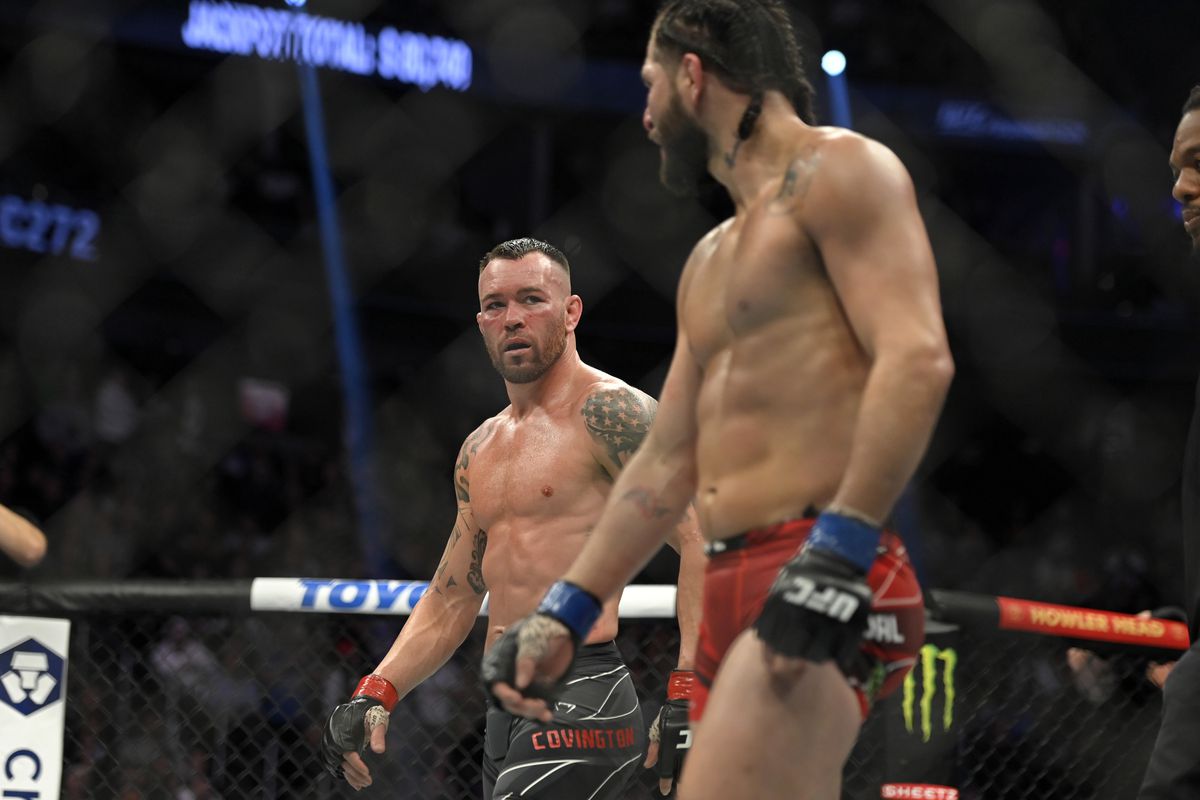 Masvidal was arrested in March and faces charges of aggravated battery and criminal mischief after allegedly striking Covington outside of a restaurant in Miami. He pled not guilty in court.

That doesn’t mean Masvidal is going to deny some of the pre-fight comments made by his former friend could have played a factor in any incident. Prior to their grudge match, Covington had made reference to Masvidal’s supposed ability as a father.

“I come from a different place than many people and we walk differently in that place,” Masvidal said, speaking to ESPN Deportes in Spanish (H/T MMAJunkie). “I am not going to let anyone disrespect my family. I can’t talk much because I’m being charged with three felonies. I can only say that I am innocent.”

Masvidal and Covington’s history is well known, with the two being former roommates who fell out after mutual success in the welterweight division. While both men have different opinions on why their relationship broke down, both would acknowledge how personal things felt, with the pair even jawing at each other in the Octagon following five-round at UFC 272.

Covington has yet to comment on the incident and it remains to be seen how things will play out legally.

Both men are yet to be booked in another contest.