Bellator have added to their welterweight roster with a former UFC title challenger. 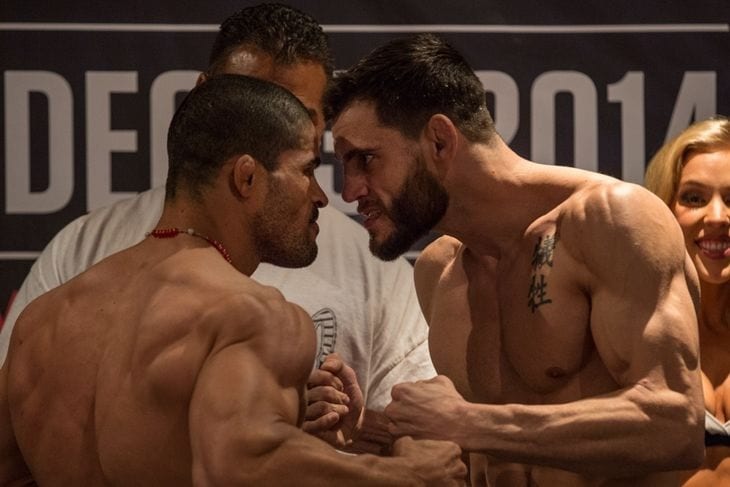 Fitch (30-7-1), who compiled a record of 14-3-1 during his 8 year tenure with the UFC, has been competing for Professional Fighters League (formerly World Series of Fighting) since 2013 and has gone 6-2 during that time, including wins against Yushin Okami and Jake Shields.

News of the deal was first reported by MMAFighting.

Fitch (above right) was the reigning World Series of Fighting welterweight champion before the organisation rebranded itself as the Professional Fighters league, stripping all of their champions in the process. This prompted Fitch to request his release for the organisation, which was granted, allowing him to ink a deal with Bellator.

During his career Fitch has faced a who’s who of 170-pound competition, including the likes of Georges St-Pierre, B.J.Penn, Johny Hendricks, Diego Sanchez, Demian Maia and more.

His 170-pound UFC title shot against St-Pierre in 2008 came of the back of a 16 fight undefeated streak and, although he was defeated by a clear cut decision, St-Pierre commented afterwards that Fitch’s style in the cage resembled that of the ‘Terminator’, given that he would refused to accept defeat up until the final bell.

As of yet there is no indication as to when Fitch will make his debut for Bellator or who it will be against but he will likely be considered among the top contenders to Rory MacDonald’s welterweight championship.