Joe Rogan has his say on Charles Oliveira weigh-in ‘shenanigans’ 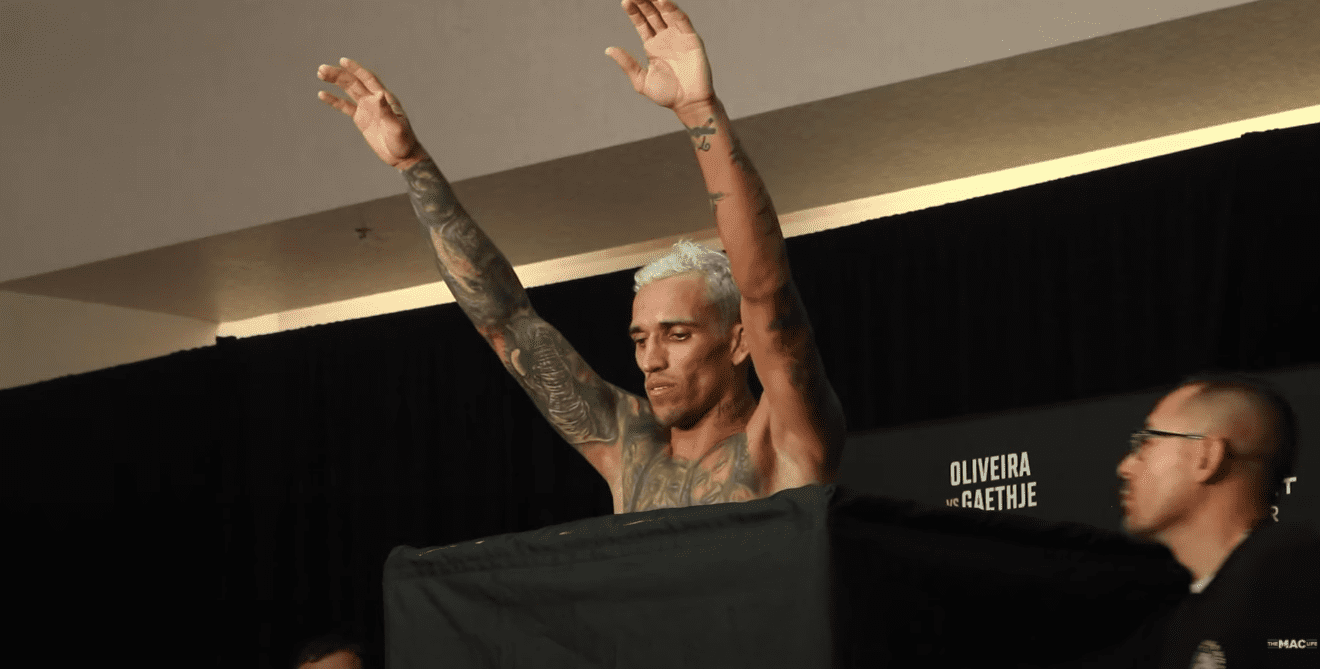 Despite (quite easily, in the end) defeating Justin Gaethje in the recent UFC 274 main event, Charles Oliveira is no longer the UFC lightweight champion.

The Brazilian was effectively stripped of the world title on the scales after coming in a half-pound over the lightweight championship weight limit, despite appearing to be under the impression that he was on weight as measured by backstage scales. The development appeared to confuse Oliveira, as well as members of his team who alleged that the backstage scales wasn’t calibrated to match the official scales for the weigh-in as monitored by the commission in Phoenix.

And addressing the issue on his popular podcast, Joe Rogan said that there is no other way to view the matter other than saying that Oliveira got ‘screwed’.

“He’s a very, very nice guy, and he got screwed in his last fight. There was some shenanigans with the scale. Some people messed with the scale,” Rogan said, as noted by Bloody Elbow.

“Here’s a problem these digital scales, foreign fighters- they use kilograms. And in America, obviously, we use pounds, right… So, these scales are calibrated and then the foreign fighters would reset the scale so they could switch it back to kilograms. So it fu*ked up the whole calibration. And so he would weigh in the night before the weigh-ins, and he was like, ‘oh, I’m good to go.’ And then in the morning, he goes and shows up for the weight cut and it’s a pound plus off and that is directly related to this calibration issue.

“Yeah, so and now they have a UFC has a new policy because of this calibration issue. They have a guard who watches over the scale 24 hours a day, like they have shifts, where no one can fu*k with the scale like that. If you’re gonna get on that scale to try yourself, they’re gonna watch you like a hawk and you don’t press any buttons. You just get on, look at your weight, get off. That’s it.

“So these guys were monkeying around with the scale. It’s Phoenix, that’s what it is. It’s not a knock on Phoenix. I love Phoenix. It’s just that the people that are there, don’t do high level World Championship MMA fights on a regular basis. They do a few. We’ve had a good good time there. They’ve had some good events there. But they just made a mistake. They’ll let these guys do it. And there should have been someone watching the scale. And if the scale was off, and that’s a fact.”