Jerry Jones, the owner of the Cowboys, says he’s very open to the idea of a Conor McGregor fight inside his venue. 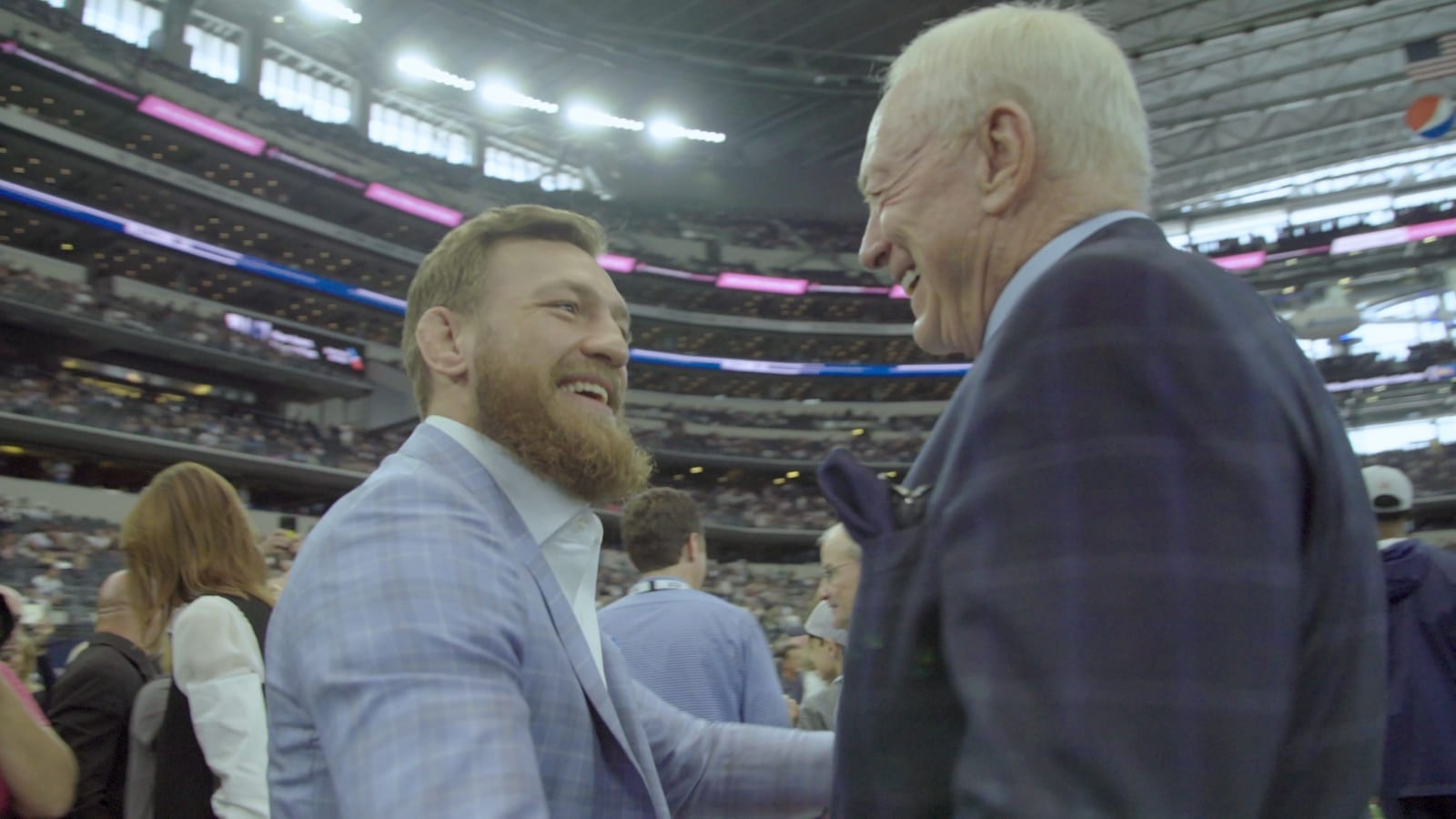 Cowboys owner Jerry Jones says he’s more than open to the idea of a Conor McGregor vs. Dustin Poirier fight at the Cowboys Stadium.

McGregor and Poirier have accepted a fight in the UFC on January 23, but during his acceptance, McGregor proposed the idea of competing at Cowboys Stadium in Dallas, a venue he visited in 2018. During that appearance, he met Jones and told him in person he was desperate to bring the Octagon — and a McGregor event — to the 100,000+ seat arena.

“I was saying to your man Jerry Jones, the owner,” McGregor said during his time there. “I was saying, ‘You know what would look good in this stadium? Bang in the centre of it? A UFC Octagon’. But not only a UFC Octagon, a UFC Octagon with my bare feet inside of it ready to go.”

I accept, Jan 23rd is on!
My goal is to see this fight take place in Cowboy stadium. Proper Style! Jerry Jones is a friend and the stadium can hold our crowd. I will be ready for Texas and Texas will be ready for my fans!
Then Manny. #McGregorSportsandEntertainment

And it turns out Jones feels similar to the Irishman.

“He’s special. It would be quite a day for AT&T Stadium to have him.”