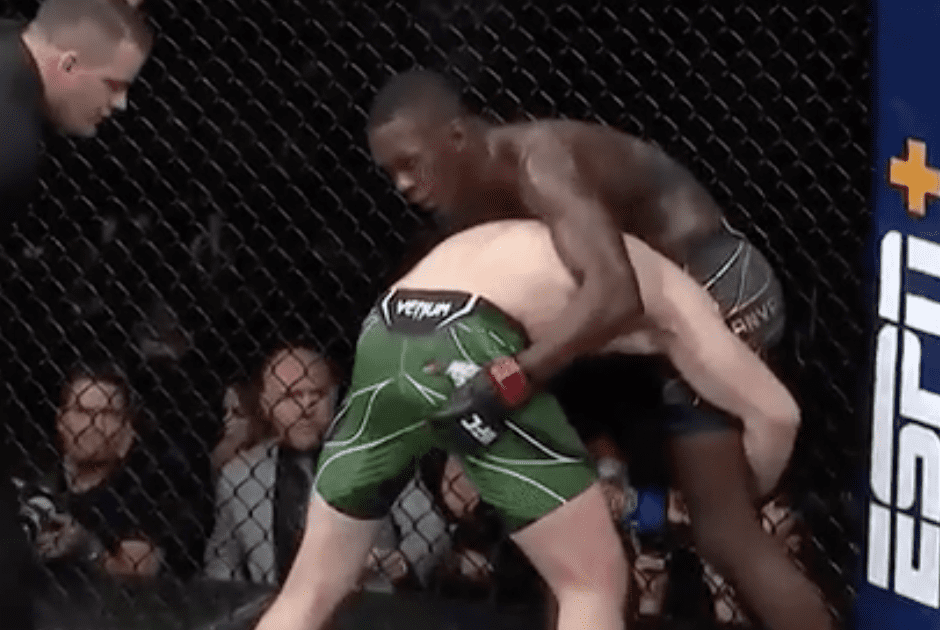 The UFC middleweight champion retained his world title by decision, but in reality out-performed Vettori throughout their five-round affair, landing lethal leg kicks throughout. Indeed, while Vettori might have been able to engage Adesanya in the clinch, Adesanya was able to shrug off the attempts to get back on the offence.

While Vettori might be bemoaning his defeat, there was one moment in the contest that will surely leave the Italian upset, and that was at the end of the fourth round.

As Vettori went for a takedown and the pair were against the cage, Adesanya reached down and gave him a.. erm.. friendly tap on the ass.

Probably the most dangerous strike of the night #UFC263 pic.twitter.com/UseD20drNr