‘If I smell blood, I will go for the kill’: Beneil Dariush convinced he can hand Tony Ferguson third successive loss this weekend - MMA - TheMacLife
Press enter to begin your search
MMA

‘If I smell blood, I will go for the kill’: Beneil Dariush convinced he can hand Tony Ferguson third successive loss this weekend

Can Beneil Dariush hand Tony Ferguson a third defeat in a row this weekend? 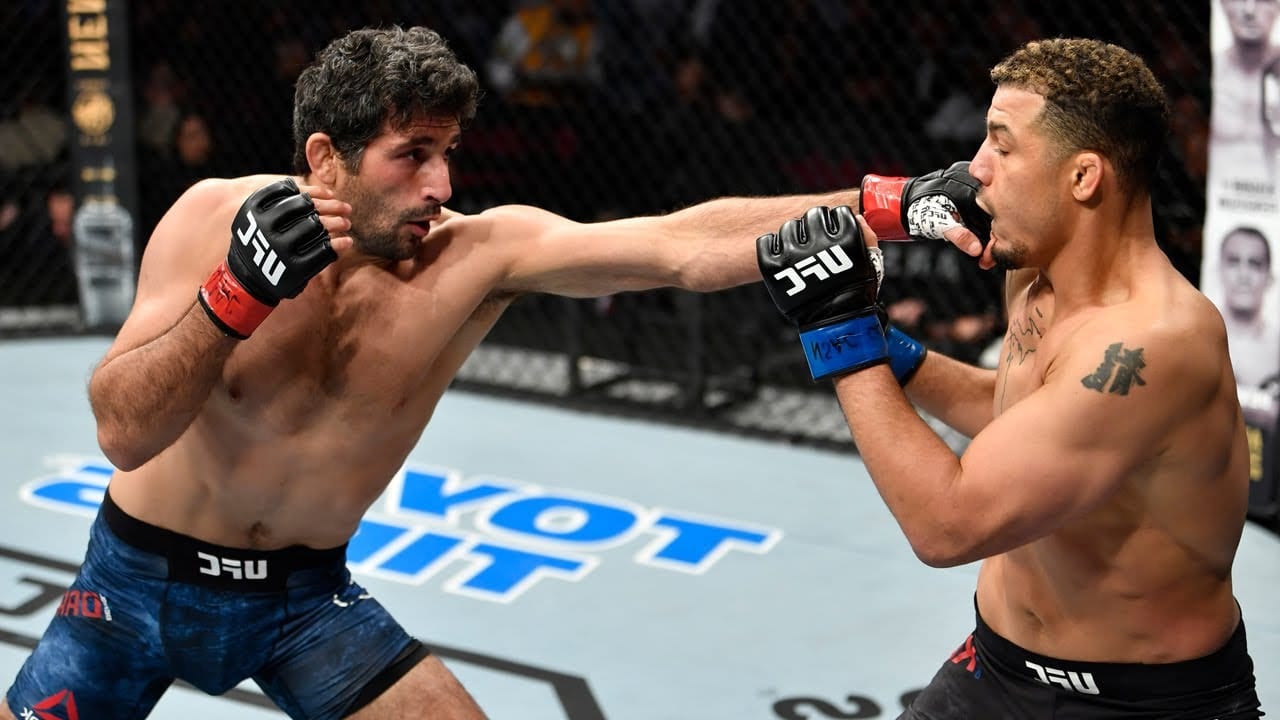 After a years-long unbeaten streak in the UFC, Tony Ferguson finds himself in the unusual position of staring down the barrel at a third defeat in a row.

Ferguson, 37, was defeated by late TKO by Justin Gaethje last year and followed that up by losing a three-round decision to Charles Oliveira in December. Ferguson’s status in the sport means that both of the men who defeated him were handed UFC title bouts, something which has so far eluded ‘El Cucuy’ throughout his career (though he fought for and won an interim title in 2017).

And Ferguson’s opponent this weekend, the tough Beneil Dariush, is hoping to compound Ferguson’s recent run of losses — and perhaps put his own name towards UFC lightweight title contention.

“I was expecting a big name after beating Drakkar Klose. Every time I won a fight, I thought I’d get a big name and nothing,” Dariush told BJPenn.com.

“I was shocked but very happy when I got the offer to fight Tony Ferguson. At that point, Ali (Abdelaziz) didn’t even need to call me, when he hears that name just say yes. I told Ali if any of these top guys say yes, just sign the contract, don’t even call me.”

Dariush will face a stern test in Ferguson, but says that he can’t be put-off in the cage by Ferguson’s sometimes wild antics in the cage.

“At this point, it’s just train as hard as I can, be prepared as possible, and just match his craziness,” Dariush explained. “He’s going to be wild at some points, but I can’t be intimated by it.

“I helped Justin prepare for Tony. That’s what Justin said  — ‘Tony knows how to fight hurt so you can’t rush anything’ — and I was like I don’t know if I can do that. That’s not my style. Maybe I will try, but if I smell blood, I will go for the kill.

“It’s weird. I win this next fight and could not even be close to a title shot, that’s the crazy part. I could have a safe fight and do all the right things and win the fight and I won’t even be the second title contender,” Dariush added. “There’s Conor, Dustin, Justin Gaethje. It’s an interesting division. But, I just think to myself that I saw Max Holloway win like 10 fights in a row before getting a title shot. I’m not going to complain and continue to do what I’m doing.”