‘He’s a winner who talks a lot of trash, but always backs it up’: Donald Trump Jr. confirms he will support Colby Covington cageside this weekend
Press enter to begin your search
MMA

‘He’s a winner who talks a lot of trash, but always backs it up’: Donald Trump Jr. confirms he will support Colby Covington cageside this weekend

Colby Covington is embracing his role of the heel this weekend ahead of his clash with Robbie Lawler. 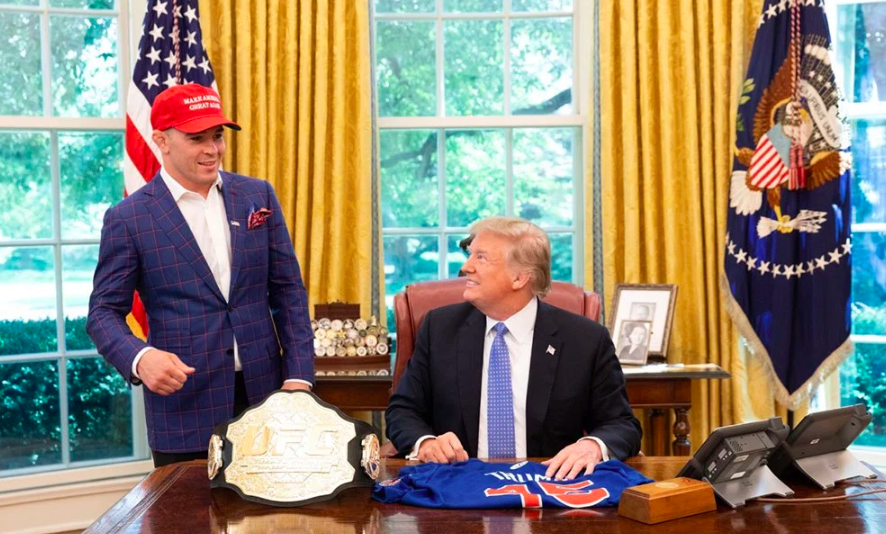 Colby Covington will have a member of the America’s first family cheering him on this weekend when he takes on former welterweight champion Robbie Lawler in the UFC on ESPN 5 headliner in New Jersey this Saturday night.

Donald Trump Jr., the eldest child of the 45th president of the United States, has confirmed that he will be in attendance in the Prudential Center to cheer on Covington —  the UFC welterweight contender who has been a vocal supporter and President Trump. Eric Trump has also been confirmed to attend the event.

Covington met with the president in the Oval Office earlier this year and has courted controversy among sports fans due to his close association with the Trump administration, along with his insistence at wearing a red ‘MAGA’ hat during interviews and promotional activities.

“The reason I’m a fan of Colby is because he’s a winner who talks a lot of trash, but always backs it up … Just like someone else I know,” Donald Trump Jr. said to Ariel Helwani of EPSN in a statement. “I’m excited to be there cageside on Saturday to support him.”

Covington, meanwhile, said that the Trump family’s support signifies their true patriotism and that it is an ‘honour’ to have them attend his fight.