Tonight, in what could be an MMA first, a fighter lost his entire finger during a contest. 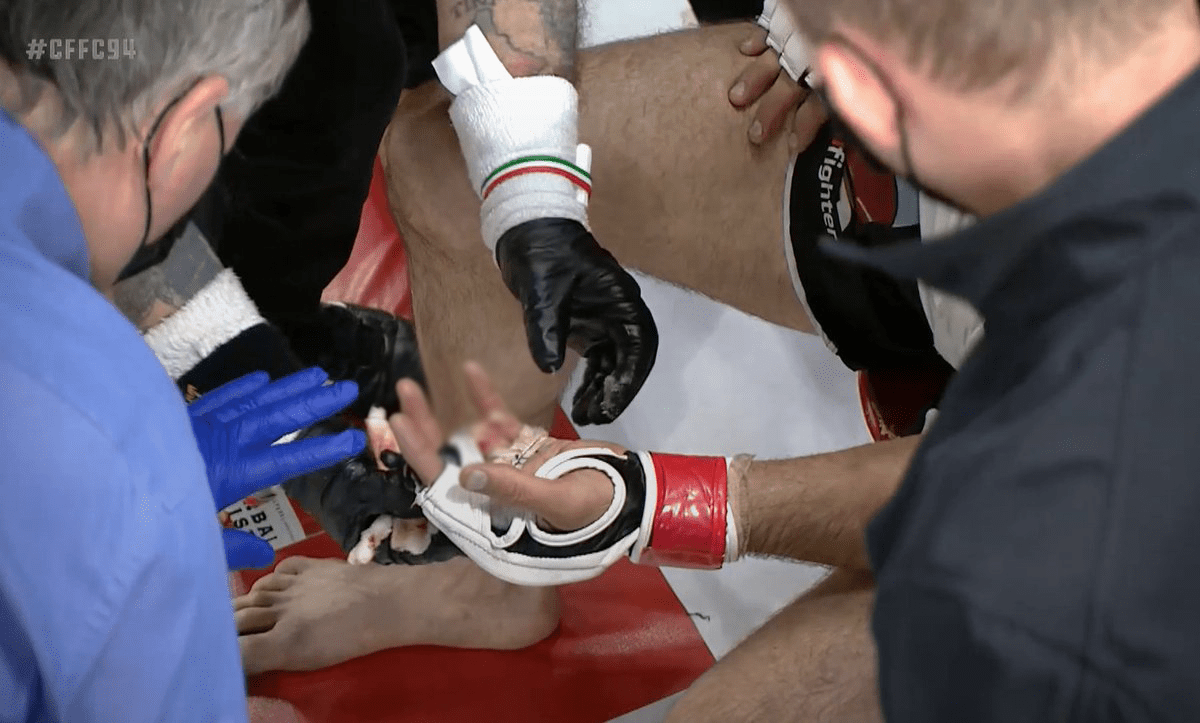 Alright, this one is not for the squeamish.

Tonight, Devin Goodale met Khetag Pliev at CFFC 94, where the fight was brought to an end at the close of the second round. Why? Because, at some point during the contest, Pliev’s entire third ring finger on his left hand had vanished. Gone. Literally not on his hand anymore. Even more insane, it’s believed at time of writing that the (clean) break happened during the first round, meaning Pliev fought for five minutes disfigured.

Below are the grim, grim images you clicked on this article to see.

They just made a PA announcement at #CFFC94 that they are trying to locate a fighter’s missing finger.
It evidently fell off into his glove during the bout and is missing somewhere in the venue.

So. A fighter just lost his finger. @CFFCMMA @UFCFightPass #CFFC94

We had a missing finger situation over at #CFFC94 pic.twitter.com/QxmH04tLXr