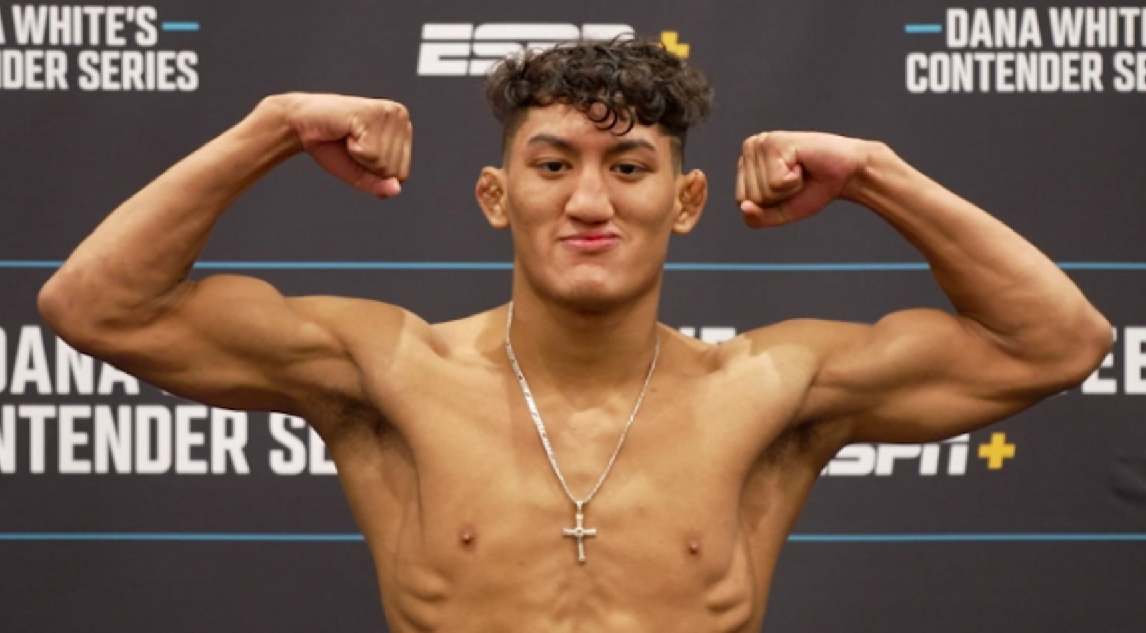 On Saturday night, Paul Rosas Jr. will carve out a unique piece of history for himself when he steps into the cage against Jay Perrin.

At just 18 years of age, the undefeated teenager will become the youngest fighter to ever to compete in the Ultimate Fighting Championship in his bantamweight bout opposite the 10-6 Perrin, who is 29, as he bids to one day become the youngest champion in UFC history. That record is currently held by Jon Jones, who was 23 when he defeated Mauricio ‘Shogun’ Rua to become the light heavyweight champion back in the day — while the UK’s Muhammad Mokaev also has designs on the breaking that record for himself.

Rosas Jr., though, has five whole years ahead of him with which to ascend to a world title — and ahead of his debut with the UFC after emerging from the ‘Contender Series’, the UFC’s most famous name has sent him a note to wish him well.

That’s incredible! The youngest ever. Good luck young man, in your career with the @ufc. https://t.co/11obs8F9t8

“That’s incredible!” wrote McGregor in response to a video interview with Rosas Jr. shared by TheMacLife. “The youngest ever. Good luck young man, in your career with the UFC.”

In the UFC’s most than quarter-century history, there has only been a handful of teenagers to have competed in the Octagon. Dan Lauzon, brother of Joe, is the current record holder after also making his debut at the age of 18 — though he was around five or so month older than Rosas Jr. when he made the walk for the first time.

Chase Hooper, meanwhile, competed at the age of 19 — as did Vitor Belfort — while the two next youngest, believe it or not, are Robbie Lawler and Nick Diaz, both of whom made their UFC debuts at the age of 20.