‘Go on then, I’ll allow them test me’: Conor McGregor reacts as USADA test him on board luxury yacht ahead of 180km Mediterranean Sea race
Press enter to begin your search
McGregorMMA

‘Go on then, I’ll allow them test me’: Conor McGregor reacts as USADA test him on board luxury yacht ahead of 180km Mediterranean Sea race

McGregor remains within the USADA testing pool despite announcing his retirement from mixed martial arts earlier this year. 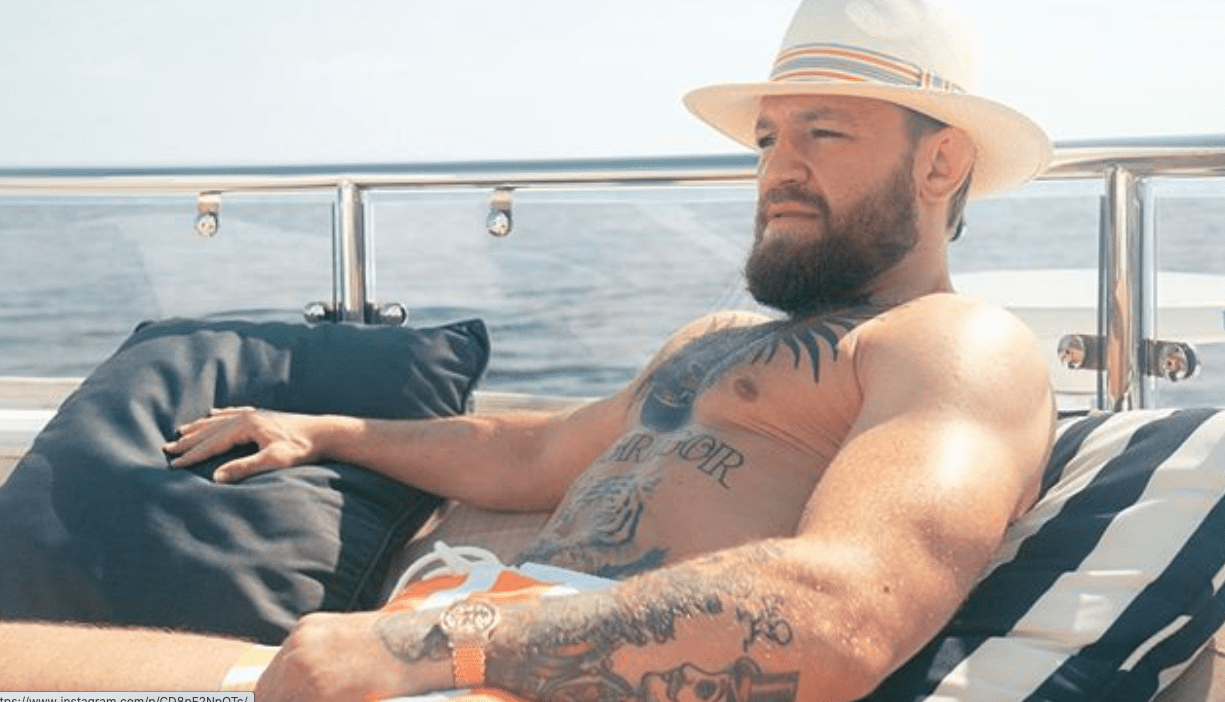 Conor McGregor remains within the USADA testing pool despite his retirement from mixed martial arts earlier this year, after he noted on Instagram that he was tested by the UFC’s anti-doping arm on board a luxury yacht.

The Dubliner is currently preparing for Saturday’s 180km endurance race across the Mediterranean Sea as part of Princess Charlene of Monaco’s campaign to help raise awareness for correct water safety procedures, where McGregor has been undergoing extensive work to ready himself for the journey.

On Friday, McGregor posted images to Instagram showing the USADA testing kit, saying: “What’s going on here UFC? USADA have just arrived to my yacht this morning for testing? I’ve retired guys! But go on then, I’ll allow them test me. It’s all natural here baby! Forever and always, God Bless. 180km across the Mediterranean Sea tomorrow! LET’S GO!!”

The fact the McGregor remains within the testing pool will no doubt generate speculation as to whether the Dubliner will fight again. Upon a fighter’s retirement, they are expected to notify to USADA to be removed from the testing pool — such as Daniel Cormier did recently — and, upon any reverse of the retirement decision, a fighter must provide six months worth of testing before being deemed eligible to compete once again.

This is a step that McGregor can avoid so long as he remains in the testing pool.

McGregor revealed his retirement in June after appearing to be disappointed with the lack of available fights but has recently hinted at a return, responding to news of Nick Diaz’s reported to return to action by saying, “Line them up.”

McGregor’s gruelling 180km charity race is set to begin on Saturday between Calvi and Monaco, and it expected to take around 30 hours to complete.

Only 2 days to go before Conor McGregor (@thenotoriousmma) begins “The Crossing”! 💪 . The Marathon Endurance Race will see McGregor join forces with Charlene, Princess of Monaco to embark on the journey to aid the Princess of Monaco foundation and to help raise awareness for correct water safety and practices. The water biking race will begin in Corsica on September 12, with the finish line at Monaco Yacht Club to be crossed the next day. 👏 . Let’s go!!! . #themaclife #official #conormcgregor #thenotoriousmma #irishmma #ufc #ufcnews #sbgireland #mmanews #mma #mixedmartialarts #fightgame