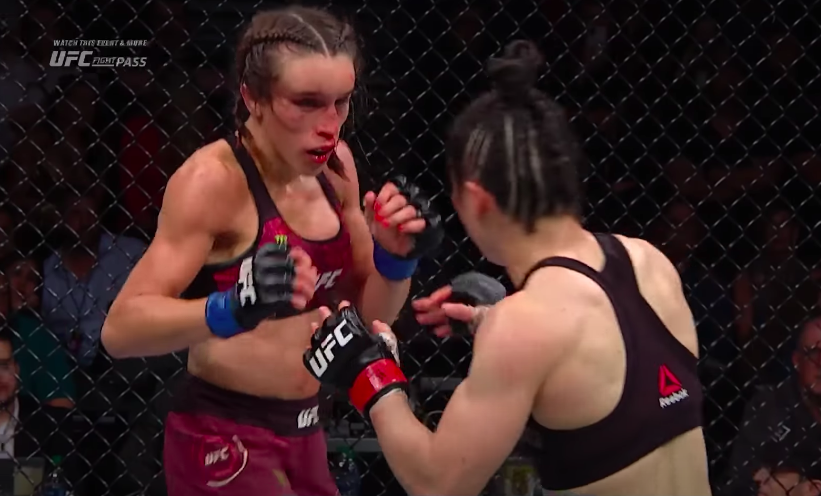 One of the most exciting women’s bouts in UFC history gets a sequel this weekend in Singapore when Joanna Jedrzejczyk returns to the UFC for the first time in more than two years to take on Chinese star Zhang Weili in a fight with strawweight title contention on the line.

The last time the two 115-pound standouts net all the way back in March 2020, it was a fierce 25-minute battle which was notable to many for the massive hematoma which emerged on the Pole’s forehead in the latter stages of the fight; a significant battle scar from what was one of the most entertaining fights of the year.

Since then, Jedrzejczyk has licked her wounds on the sidelines ahead of another run at the world title which she held between 2015 and 2017 — an era in which she was regarded as the best pound-for-pound female fighter on the planet. Zhang Weili proved to be more than her equal however, taking a close split decision win as she defended her world title.

The UFC strawweight belt has changed hands several times since then and currently rests around the waist of Carla Esparza — who in 2014 became the first 115-pound champion in UFC history before quickly losing her crown to Jedrzejczyk.

A win on Saturday night would line Jedrzejczyk neatly up with another shot at Esparaza, but only if she can eek out a measure of revenge against the dominant Chinese fighter this Saturday night in Singapore.

You can relive their incredible first fight below: