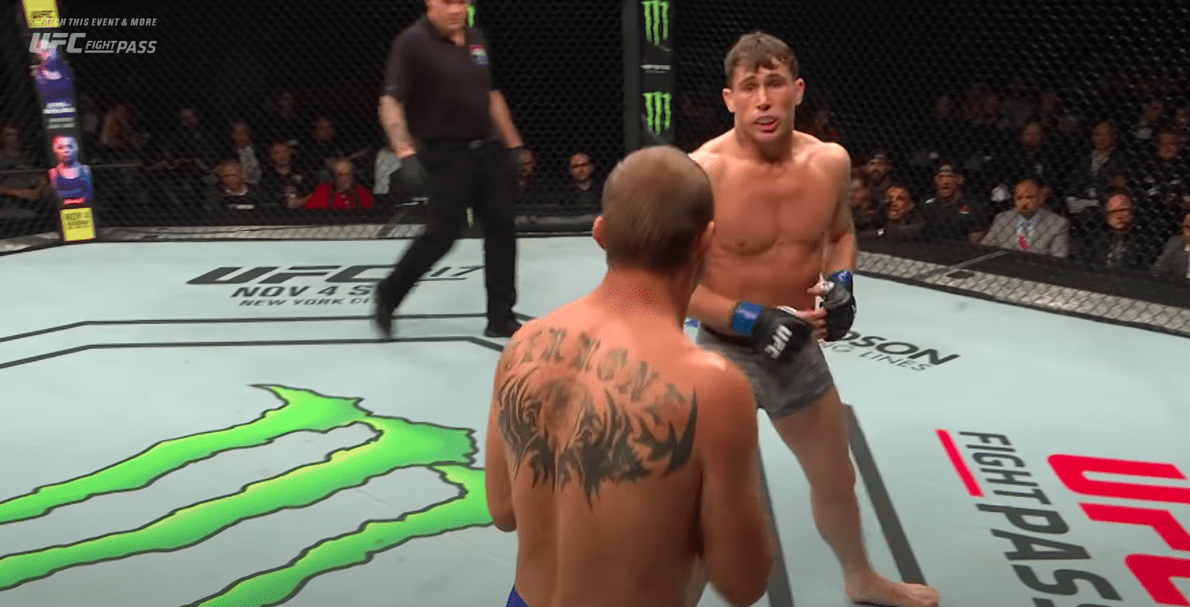 A lot has happened involving Darren Till since his breakout UFC performance in Gdansk, Poland against Donald Cerrone four years ago.

The Liverpool man soon worked his way up through the welterweight ranks, defeating former title challenger Stephen Thompson in front of a wild hometown crowd before coming up short some months later in a title bout with then-champ Tyron Woodley. A second straight defeat followed after he was knocked out by Jorge Masvidal in London, before Till opted to try his hand in the middleweight fold — a division in which he stands 1-1 after beating Kelvin Gastelum and losing to another former champion in Robert Whittaker.

Till will have an opportunity this weekend to climb the 185-pound rankings if he can get past divisional veteran Derek Brunson, winner of four straight fights — but the American has title aspirations of his own in the bottleneck towards the summit of the weight class.

But to remind yourself of Till’s striking prowess, check out once again where it all began for him in his slick, first-round finish of veteran Donald Cerrone, which you can check out below: