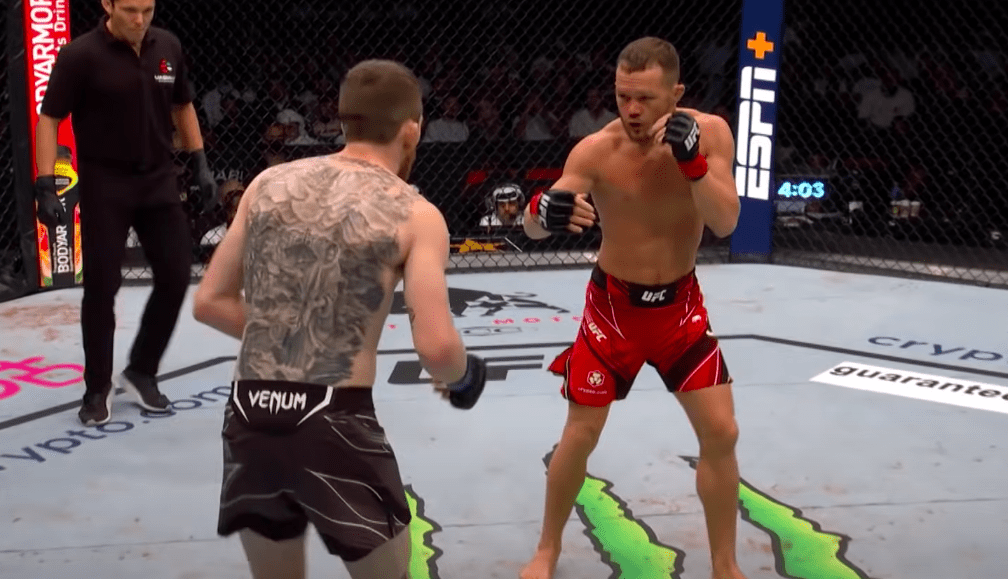 At UFC 273 in Jacksonville, Florida in a little over a week’s time, Petr Yan will look to right a wrong he feels was made over a year ago in Sin City.

In his bantamweight world title defence against Aljamain Sterling in March of last year, then-champ Yan had looked to on his way to a successful title defence against the American when, after weathering an early storm, he appeared to tire out the challenger as the fight entered its latter stages.

We all know what happened next. In that fourth found back at UFC 259, Yan landed a clear and obvious illegal knee to Sterling — after which the fight was declared over, and Sterling won the world title by disqualification. Yan was initially apologetic but would later claim that his opponent had made a meal of the injury and that he deserved an Academy Award for his performance in the cage that night.

Sterling, the new champ, hasn’t fought since and has used the time away to heal several injuries he says had been impeding him. Yan, meanwhile, has fought once — where he won the interim title against the outstanding Cory Sandhagen in a fight last October which will be remembered as one of 2021’s finest.

And ahead of the heated rematch with Sterling on April 9, check out Yan’s latest Octagon showing below: