Francis Ngannou is back, earns first round stoppage in UFC Beijing main event
Press enter to begin your search
MMA

Francis Ngannou is back, earns first round stoppage in UFC Beijing main event

‘The Predator’ rebounded from a disappointing 2018 by defeating Curtis Blaydes in the UFC Beijing main event. 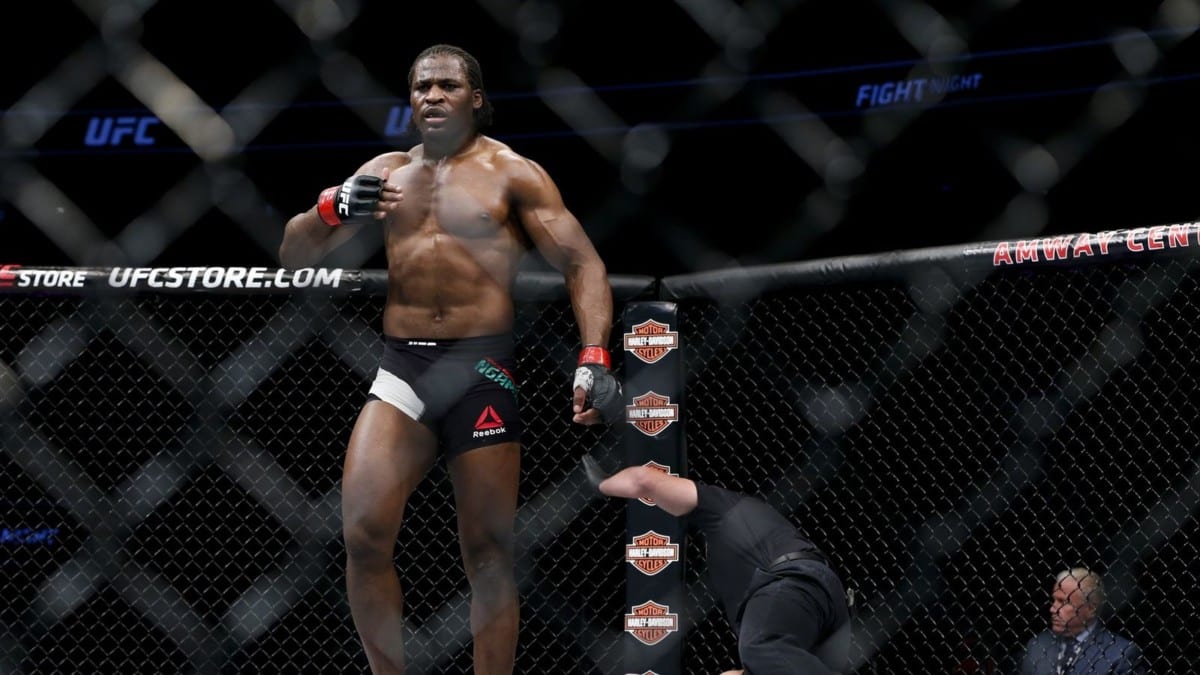 Francis Ngannou has consigned a disappointing 2018 to memory, needing just 44 seconds to gain a first round stoppage against surging heavyweight contender Curtis Blaydes in the featured bout of the UFC’s maiden event in Beijing, China.

‘The Predator’, who had two lacklustre performances on the trot in 2018, against then-champion Stipe Miocic and a bizarre snoozer against Derrick Lewis last summer, fired into life early and appeared to have much more confidence on the feet compared to his last bout.

Blaydes, who was looking to avenge the only defeat of his professional career when he was ousted by doctor stoppage against the same opponent more than two years ago, appeared insistent on looking for a takedown early. It was a strategy designed to neutralise Ngannou’s most dangerous period of the fight but instead of proving successful, it appeared to hasten his demise.

Francis Ngannou gets it done in just 42 seconds at #UFCBeijing! pic.twitter.com/SSLkOjqI91

Blaydes was caught flush by a clubbing overhand by the French-Cameroonian, sending him to the mat. Each attempt at getting back to his feet was met with another blow, sending him back to from whence he came.

Before long, 44 seconds into the bout in fact, Marc Goddard stopped the fight and delivered a measure of retribution to a victorious Ngannou.

“It’s been a hard time man, but I’m back. I’m back,” Ngannou said to Dan Hardy after the fight.

“2018 was a very hard year for me. I found myself, I have to settle what wasn’t settled yet. I had to grow as a fighter. By the end of the year, I think, I have learned more in this year than in my whole career.

As for what might be next for the newly re-established heavyweight contender, Francis Ngannou listed a trio of names.

“Junior Dos Santos owes me one fight. I’m looking for Alexander Volkov, also revenge against Stipe Miocic. In that fight I didn’t do well and I really want to fix it.”

In the co-main event, former Fight Nights Global heavyweight champion Sergey Pavlovich was outclassed by MMA veteran Alistair Overeem, suffering a ground and pound finish 40 seconds before the end of the first round. It was the first loss of the Russian’s career in 13 outings. Overeem, meanwhile, overcomes two successive defeats and enters the win column for the first time since a July 2017 victory against Fabricio Werdum.