Jorge Masvidal knocked Darren Till unconscious in a stunning upset in the UFC London main event. 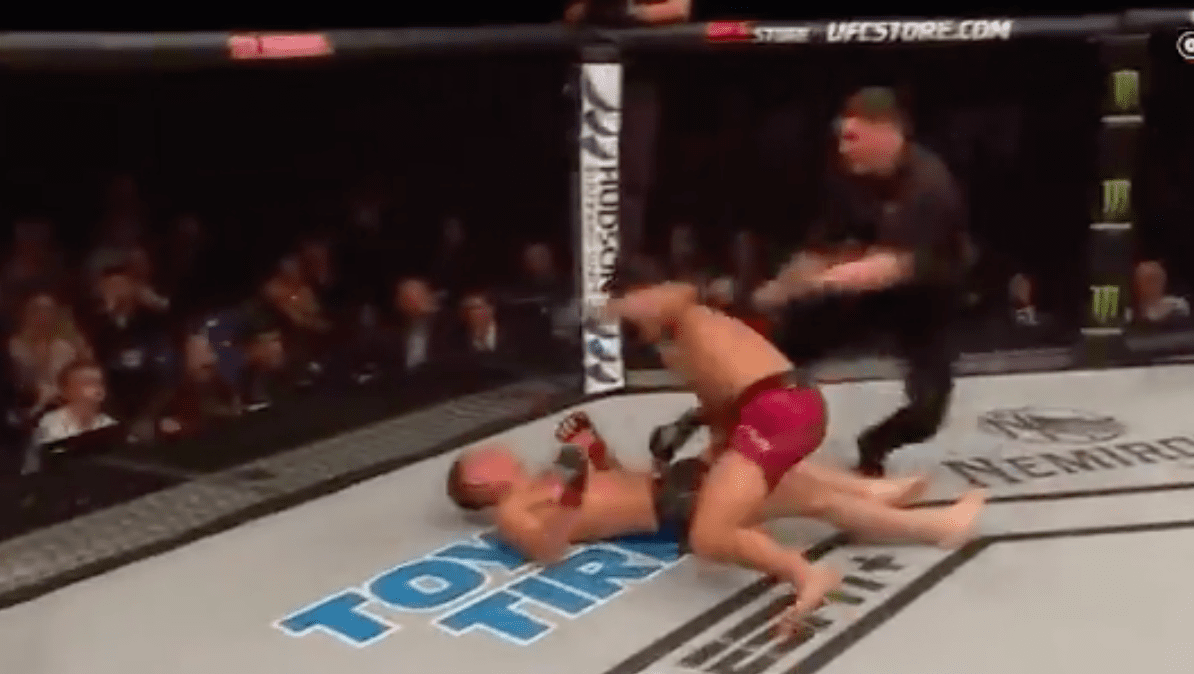 Jorge Masvidal scored a stunning, one-punch knockout of Darren Till in the UFC London main event on Saturday night.

Masvidal, a heavy underdog entering the fight, was dropped early in the contest by a trademark Till left hand (after which the felled Masvidal offered his opponent a smile, of course) but soon found his feet and saw success in measuring his strikes as Till angled in or out of range.

Till, constantly the aggressor, pushed forward in the second but was caught with a vicious left hand from Masvidal which immediately knocked him unconscious, sending him sprawling to the canvas almost in slow motion before referee Marc Goddard called a halt to the bout at the 3:05 mark.

The Liverpool man was prone on the canvas for several minutes after the fight, but was soon helped to his stool.

It was a career-best performance from Jorge Masvidal, who has definitively inserted himself into the title picture at 170-pounds, while Till will have to return to the drawing board to forge another run at gold in the welterweight division.

The performance was marred somewhat by a post-fight backstage brawl between Masvidal and Leon Edwards, who defeated Gunnar Nelson in the co-main event.