Well? What do we think? 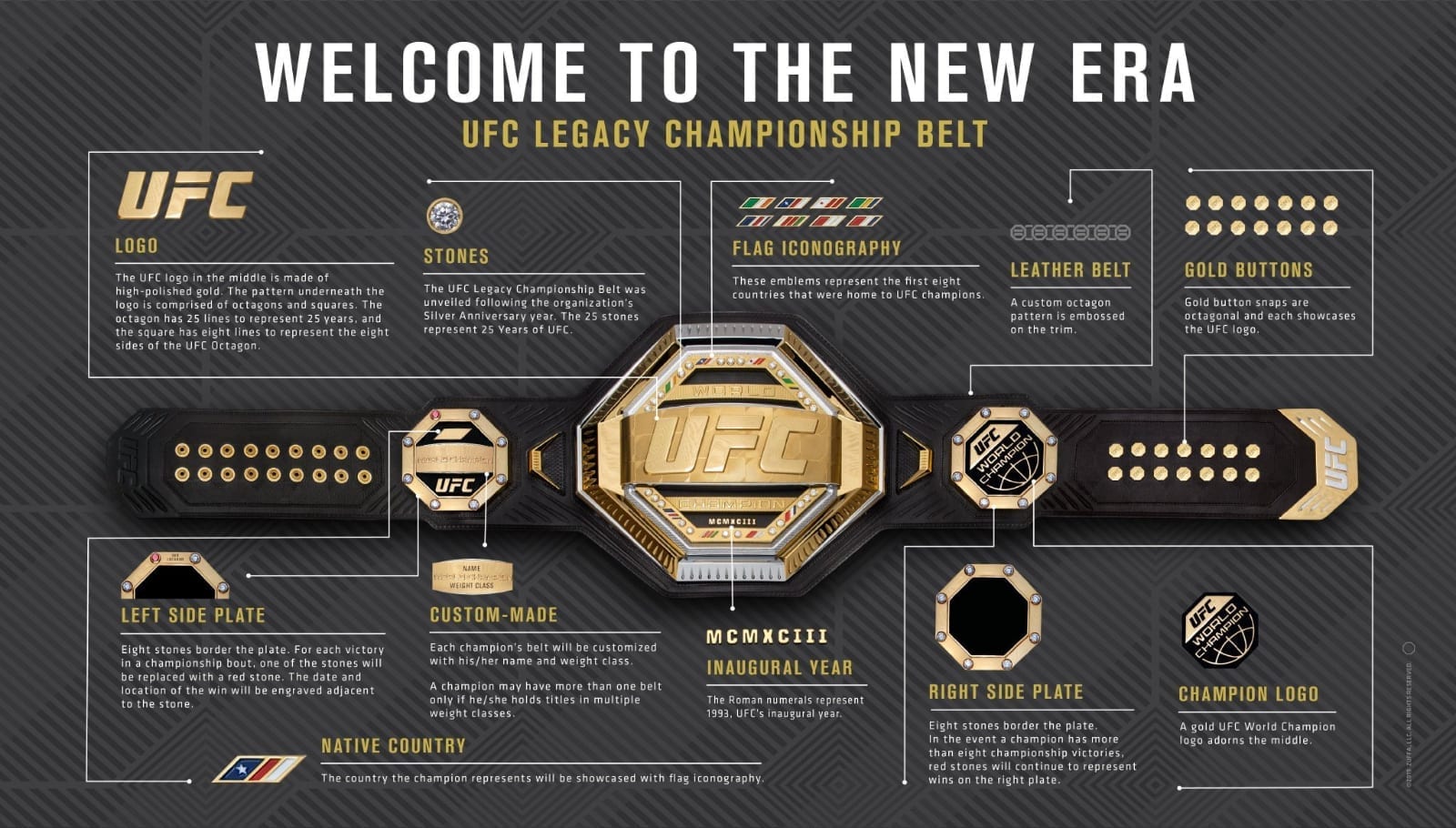 The strap, which is to signify the new era of the UFC’s arrival on ESPN, was originally supposed to be debuted at UFC 232, with the winner of Jon Jones vs. Alexander Gustafsson receiving the new bling. Instead, it’ll be the winner of the champion vs. champion fight between Henry Cejudo and T.J. Dillashaw on Saturday.

According to a picture released by the UFC, the new belt has a number of meanings, and will feature each champion’s national flag.

And it seems it already has a fan…