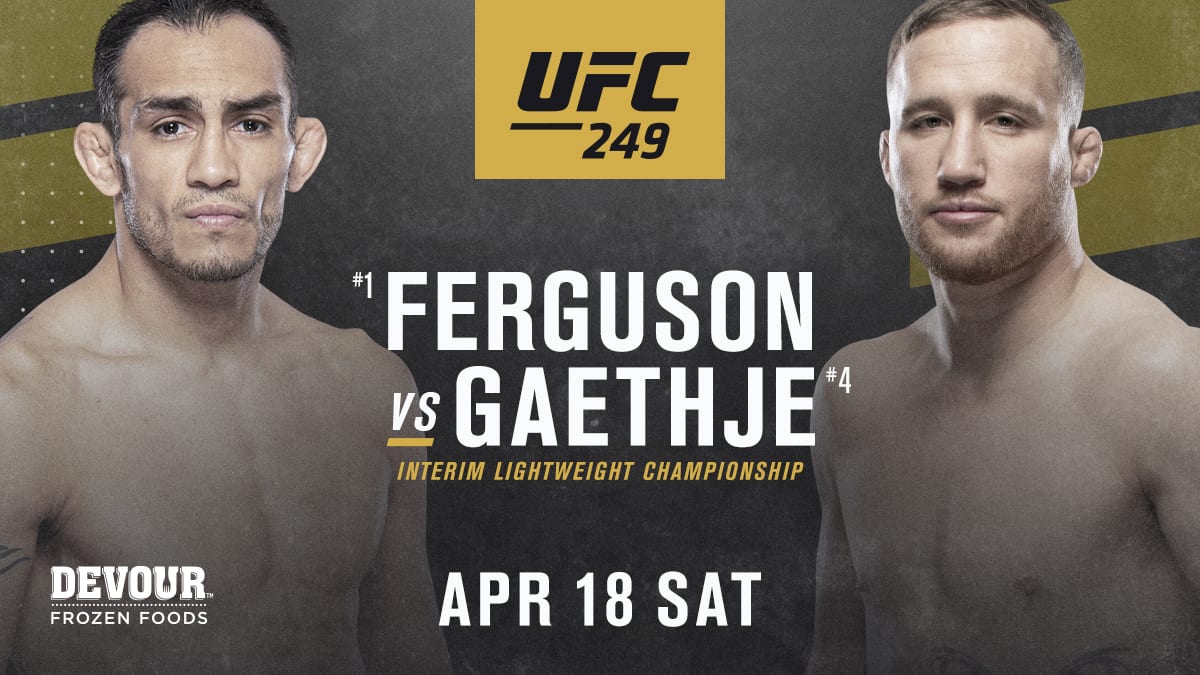 The location remains unknown. Should Ferguson win, he would be the first man to win two interim titles in UFC history.

White took to his social media on Monday to make the revelation, writing “The fight is signed and is 100% ON LIVE on ESPN somewhere on EARTH!!!”

The fight is signed and is 100% ON LIVE on ESPN somewhere on EARTH!!!! 😃@TonyFergusonXT vs @Justin_Gaethje is LIVE on @espn+ PPV April 18th for the interim lightweight belt! pic.twitter.com/aH44zg5K30

It puts an end to speculation regarding one aspect of the contest, but of course, many fans will still be curious as to where the bout will be taking place. Originally, Ferguson was meant to meet Khabib Nurmagomedov in Brooklyn, but the coronavirus pandemic has forced closures of sports all over the world.

Despite Nurmagomedov flying home to Russia and ruling himself out of the contest, White was adamant the event would go on and drafted in Gaethje on short notice to fight Ferguson for interim gold.

The location of the event has been one of White’s closest kept secrets for some time, with him publicly stating on numerous occasions his distrust for the media, accusing them of potentially looking to scupper the event if he made any revelations this early.

According to ESPN’s Ariel Helwani, it appears the UFC are close to cementing a venue on the west coast of the United States.