Dan Hardy accepts place in MMA: “I’ll be the stop the fight guy. I don’t care.”

Dan Hardy says he’ll be comfortable with becoming the “stop the fight guy” since it proves his care for athlete safety. 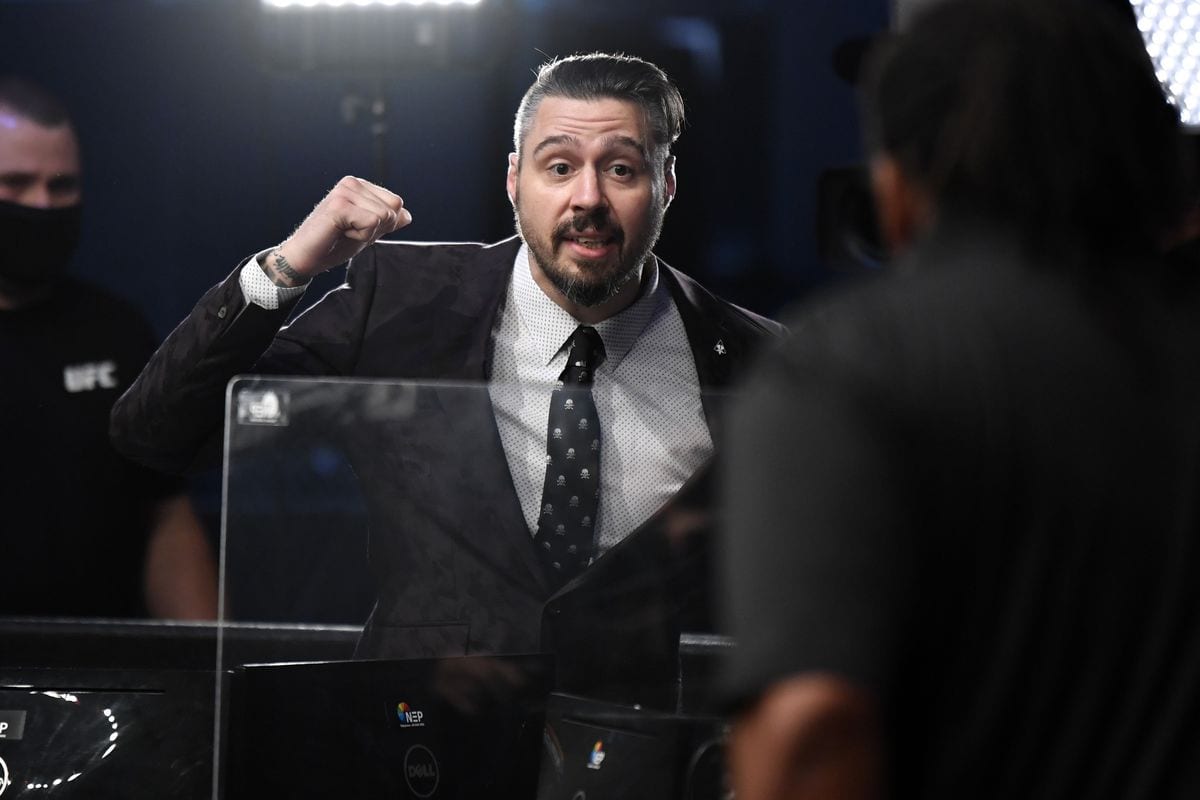 Dan Hardy is well aware that, in mixed martial arts, things tend to stick with the fanbase.

Because of that, Hardy’s infamous interaction with referee Herb Dean will likely be connected to the popular commentator/fighter for the foreseeable future. It’s a legacy he’s had to become comfortable with, and one he’s almost proud of, considering the greater context of the issue.

“So, I’m the stop the fight guy. I don’t know if I can swear on your show, but fuck it, I don’t care, because I’m speaking out for something that’s important. And it’s like this weird misinformation that’s happened about it, where I’m like there picking a fight for some kind of personal benefit,” Hardy said, speaking on Submission Radio. “It’s just fucking nonsense. Like, what a stupid thing to say. Like, I don’t really know Jai Herb. I know him as well as I know Trinaldo. It doesn’t matter if the situation was reversed, it’d be the same situation. And it’s not about Herb, but like, generally we have mistakes made consistently in the sport. And it’s one thing if it’s a no contest instead of a DQ. Like, we’re talking about maybe thirty grand difference in Darren Stewart’s pocket. But the reality is, it’s a mistake. Like, that wasn’t a no contest, it was a disqualification. Like, bullshit about baiting. Baiting a knee to the head? So, what? It’s still an illegal shot. It’s still an illegal knee to the head. And not in any jurisdiction aside from Pride rules is that ok.

“I mean, you can see now I can speak, so I can say exactly what I like, I don’t get it. Like, he’s working the majority of the events in Las Vegas, he’s considered the gold standard of the sport, but he makes a mistake almost on a weekly basis at this point. Like, who’s gonna call him out on it? I’ll do it. I don’t care. And I was at Cage Warriors at the trilogy on the weekend, and he probably won’t want me to tell you this, but I’ll tell you this. There was a fight which Marc Goddard was refereeing, and in my opinion, there are three or four referees in the sport that hold the officiating job to such a high standard, and Marc Goddard is one of them. And he walked out the cage and sat down. And it took him a while to get over the fight, because he felt the fighter took one extra punch. Like, where is that responsibility? You know? I’ll be the ‘stop the fight guy’ I don’t care.”