Neil Seery bowed out from the UFC on Sunday at UFC Glasgow. 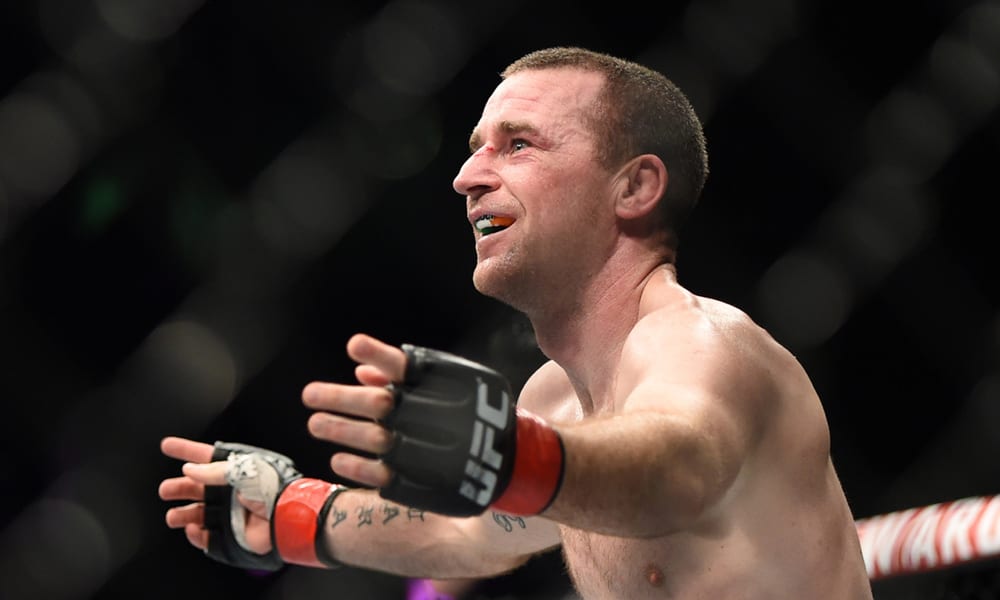 Neil Seery brought the curtain down on his mixed martial arts career on Sunday in Glasgow and while he bows out from the sport with a defeat, the legacy the much-loved Dubliner fought for will endure long after he hangs up his gloves.

Seery was bested in a tight affair by Brazilian flyweight Alexandre Pantoja at UFC Fight Night 113  in Glasgow’s SSE Hydro, losing via third-round rear naked choke. However, the Team Ryano fighter’s trademark resilience and fighting spirit was evident — much as it has been throughout the Dubliner’s 29-fight career.

‘2 Tap’ retires from mixed martial arts as a former Cage Warriors flyweight champion, having amassed a career record of 16-13 (3-4 UFC) but also with the hard-earned reputation as being one of the most ‘game’ fighters in the UFC’s 125-pound division.

Speaking after the fight to the media in Glasgow, Seery admitted that he’s cautious as to this next phase of his life as many fighters struggle to adapt to a life without fighting.

“I strongly believe that fighters have the biggest fight of their career after they finish,” Seery said. “It’s filling in that void — the buzz around getting up every morning, going for that run, turning up at the gym and having that energy to keep going.

Following Sunday’s bout, numerous members of the MMA landscape (including Conor McGregor) paid tribute to Seery’s impact in the sport.

Congrats on a great career, @NeilSeeryMMA. You've made your country proud. https://t.co/cU3KBRYKUr