Bellator Dublin: What time, where to watch and who to keep an eye out for
Press enter to begin your search
MMA

Bellator Dublin: What time, where to watch and who to keep an eye out for

The best MMA card Ireland has seen in years is just hours away. 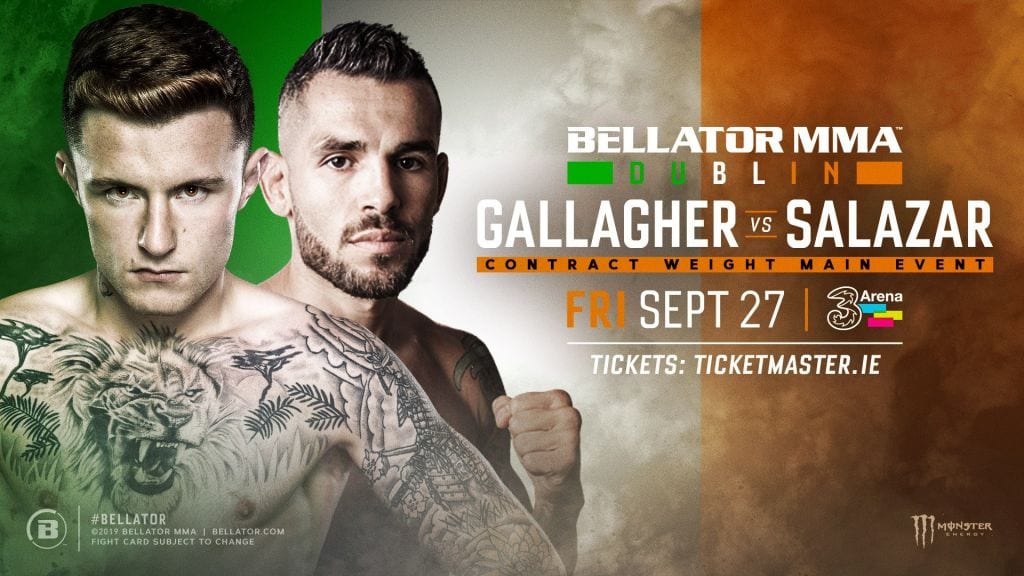 The biggest mixed martial arts card to have taken place on the island of Ireland in the last five years is just hours away.

Bellator Dublin (and Bellator 227) is a double-headed event featuring some of the biggest names in Irish and UK mixed martial arts, mixed in with some top class competitors from the United States — including the Irish debut of former UFC lightweight champion Benson Henderson.

James Gallagher, now a bona-fide star in his home country, tops the card when he faces the experienced UFC veteran Roman Salazar while a selection of Ireland’s finest fighters including Peter Queally, Kiefer Crosbie, Richard Kiely and many others will also compete, when he takes on the UK’s sensational striker (and global MMA star) Michael ‘Venom’ Page.

The card is a top one, but how exactly can you watch it?

Where does it take place?

The show will come to you from the 3 Arena on the banks of the River Liffey in the heart of Dublin. The first fight is scheduled for 4.45pm local time. The address, should you need it, is The 3Arena, N Wall Quay, North Dock, Dublin 1.

Where can I watch it?

This is where it gets a little complicated. The initial fights will be broadcast live and free via the Bellator app. The Bellator Dublin portion of the card (headlined by Gallagher vs. Salazar) will be screened on Virgin Media 2 in Ireland and Channel 5 in the UK from 10pm.

The Bellator 227 portion of the card (headlined by Henderson vs. Jury) will be screened at 2am on Sky Sports in Ireland and the UK, as well as on Paramount and DAZN in the United States form 9pm ET.

Or you can come to the arena, of course.

And who exactly is fighting?

Updated Preliminary Card Live and free on the Bellator app from 4.45 p.m. BST: