Bellator MMA has returned to the Irish capital for a mammoth night of fights. Keep up to date with the action here. 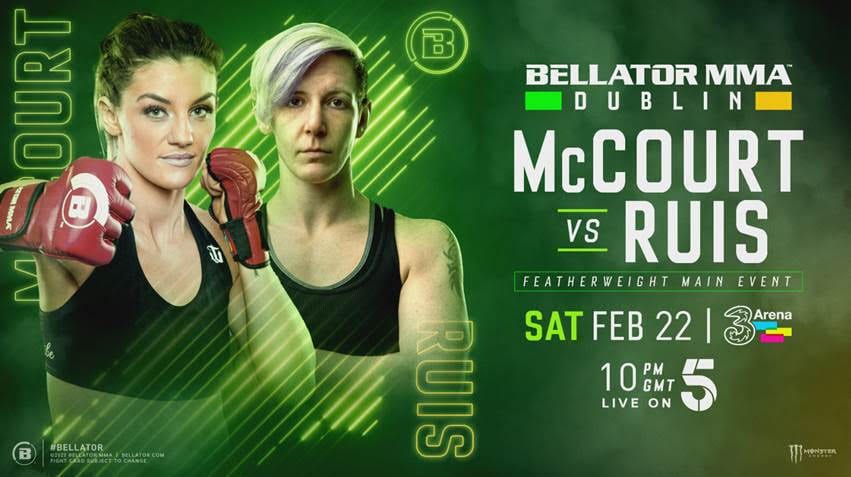 Dublin, Ireland — Bellator MMA has returned to Dublin for another double-header card in the capital.

An injury in the lead-in to the card forced the withdrawal of headliner James Gallagher, as well as another featured attraction in Peter Queally, has left the card with a silver lining of placing the focus on the focus on a host of other local fighters.

Leah McCourt has been drafted into Bellator Dublin main event against Germany’s Judith Ruis while the Bellator 240 aspect of the card will be headlined by a battle of former lightweight champion Brent Primus against Scotland’s Chris Bungard while there are also high profile fights ahead for the likes of Kiefer Crosbie, Charlie Ward and Frans Mlambo.

Keep up with the results below: