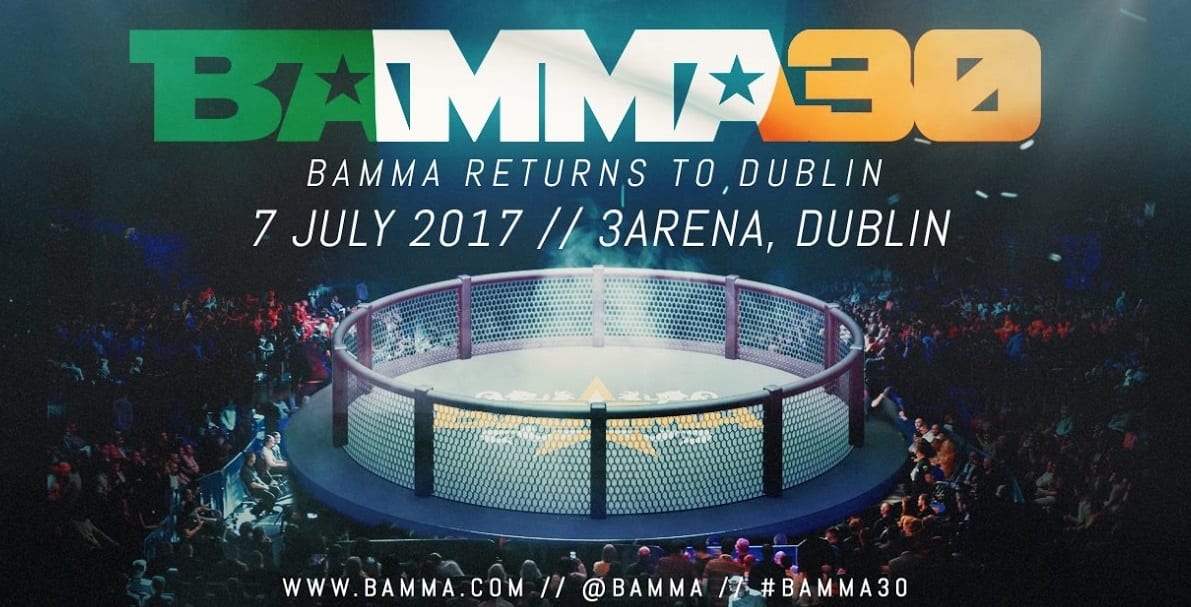 Alan Philpott and Shay Walsh fought to a no-contest in the main event of BAMMA 30 after Walsh was deemed unable to continue following an illegal kick delivered by the Northern Irishman. Philpott mistimed a kick as Walsh was returning to his feet from a grounded position, causing the referee to halt the contest inside the first round. Cageside medics deemed Walsh unable to continue, after determining that the Englishman may have broken his jaw in the incident.

As Philpott’s foul was deemed accidental, the bout was declared a no-contest. The organisation’s bantamweight title, which was relinquished upon Tom Duquesnoy’s signing to the UFC earlier this year, remains vacant.

In the co-main, Paul ‘Redser’ Redmond returned to winning ways with a knee bar submission victory against English veteran Rob ‘C4’ Sinclair. Following the win, Redmond once again stated his desire to contest for the BAMMA lightweight title. Redmond lost a split decision for the vacant title to Norman Parke in his last outing in the cage, though the title remains vacant following Parke’s failure to make weight for the fight.

Sinclair, who was very much in the fight until succumbing to the Dubliner’s savvy submission game, announced his retirement after the fight.

Redser gets back in the win co #BAMMA30 #MMA #Dublin pic.twitter.com/eWLWxfRaQe

Fabian Edwards, brother of UFC welterweight Leon, went to 2-0 as a professional with another highlight reel finish against the debuting Aaron Kennedy. ‘The Assassin’ launched a vicious salvo of strikes in the second, before expertly taking Kennedy’s back and sinking in a modified rear naked choke to coax the tap.

Earlier in the night, a battle between two of Ireland’s best prospects was declared a draw. SBG’s Richie Smullen and Ballymena fighter Rhys McKee couldn’t be separated through 15 minutes of back and forth action, during which both fighters came close to victory.

Smullen started the faster of the two, bothering the rangy McKee by continually closing the distance and not allowing any opportunity for his opponent to take advantage of his length. McKee, however, came back strong in the second round, beginning to find a home for his straight punches and even threatening ground expert Smullen with a triangle choke of his own. A majority draw was declared after 15 minutes, with two judges unable to separate the fighters. One just scored the bout for Smullen by two rounds to one.

Elsewhere on the card Ryan Curtin came up short in his quest to win the Lonsdale European flyweight title, losing a decision to Spanish fighter Daniel Barez. SBG pair Blaine O’Driscoll and Kiefer Crosbie both looked impressive in dominant performances, while there was also wins for Decky Dalton, Aaran Maguire and Maciej Gierszewski.