Another day, another win for Lee Hammond at the IMMAF World Championships
Press enter to begin your search
MMA

Another day, another win for Lee Hammond at the IMMAF World Championships

The SBG man is now three-for-three at the world amateur championships in Bahrain. 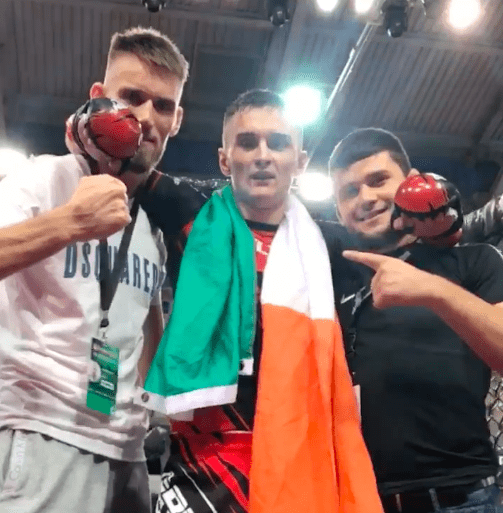 SBG’s Lee Hammond made it three from three on Wednesday at the International Mixed Martial Arts Federation world championships in Bahrain.

After securing a stunning ‘hammoplato’ submission in his first round match, Hammond followed that up yesterday with a rear-naked choke win in his second round match.

Today, Hammond earned a split decision win against Ukraine’s Pavel Senchenko to advance to the semi-final of the tournament, the most prestigious such event in amateur mixed martial arts.

The result is a great one for the young Irishman, as Senchenko is a European champion and one of the most highly-touted amateur prospects around.