Artem Lobov renews his call to throw down with Amir Khan in the boxing ring. 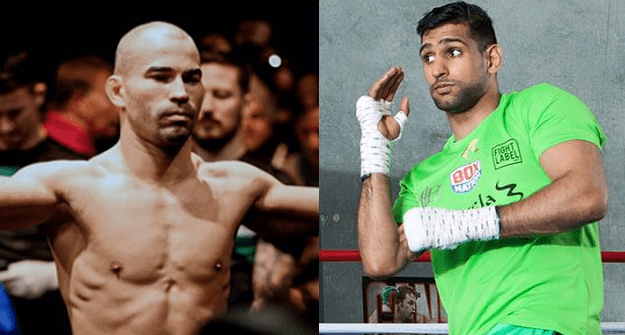 Artem Lobov’s unanimous decision win against Paulie Malignaggi last month has left many curious as to how the next chapter of The Russian Hammer’s combat career gets written, but according to SBG Ireland head coach John Kavanagh there is one particular route he sees as interesting.

Lobov’s victory against former two-weight boxing world champion Malignaggi in Tampa has reinforced prior statements from the mixed martial artist turned bareknuckle boxer in which he said he would be eager to test skills with the UK’s Amir Khan inside the boxing ring.

Khan, 32, is an Olympic silver medalist and former light welterweight world champion but Lobov, no doubt buoyed by the results he has seen in sparring with another Olympic silver winner, John Joe Nevin, as well as the outcome of the Malignaggi fight, sees an opportunity in the Brit who made light work of Billy Dib on Friday.

And Kavanagh has extended an invitation to Bahranian promotion Brave CF as being its potential host.

My last fight was called the event of the summer by FORBES, if you want BRAVE to make real waves in combat world I am your man!! Khan, Broner, Manny, whoever…..when I fight the world is watching!!!

Khan is a noted fan of mixed martial arts so a bout with Lobov could be seen as an intriguing concept, particularly given the media fanfare which surrounded Lobov’s last fight. The boxer is expected to attend next week’s invite-only fight night Brave 24 in London, while Kavanagh is also likely to be on hand to corner SBG’s Cian Cowley who fights in the c0-main event.