Oscar De La Hoya says he would be happy to meet former foe, Floyd Mayweather, in the ring once he’s out of retirement. 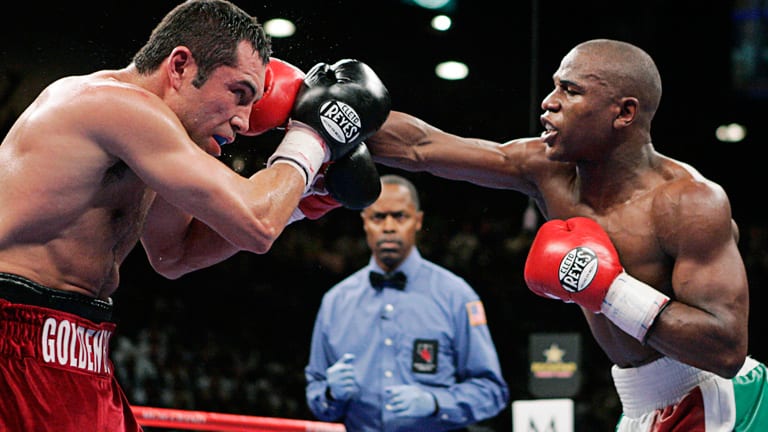 Oscar De La Hoya might have mentioned he’s coming out of retirement on numerous occasions, but he’s still raising eyebrows with the names he’s offering forward.

The former champion, who’s been out of the ring for over a decade, has already pointed to Gennady Golovkin as a desirable opponent should he step back in through the ropes, and now appears he’s aiming his sights even higher — and it’s not his former charge Canelo Alvarez. Instead, it’s former foe, Floyd Mayweather, that De La Hoya fancies another pop at.

“I’ve always prided myself on fighting the very best. And why go after the second-best?” De La Hoya said, speaking to Fight Hub TV. “Why not go after the guy that beat [Canelo]? Why not go after Mayweather, for instance, in a revenge fight? That’s something that is very intriguing. We’ll see how I feel and then we’ll take it from there.”

“I would definitely think about [meeting Canelo in the ring], but my eye is on a bigger prize,” De La Hoya continued. “For any fight that you might have lost or was close or whatever, it’s always going to be a thorn. I strongly feel that with the way I feel now, the way I’ve been training and the way things are unfolding, it could be very interesting.”