‘She needs to learn how to box’: Katie Taylor has some fighting words for her opponent ahead of Delphine Persoon rematch
Press enter to begin your search
Boxing

‘She needs to learn how to box’: Katie Taylor has some fighting words for her opponent ahead of Delphine Persoon rematch

The usually reserved Taylor didn’t hold back when asked about her upcoming rematch with Belgium’s Persoon. 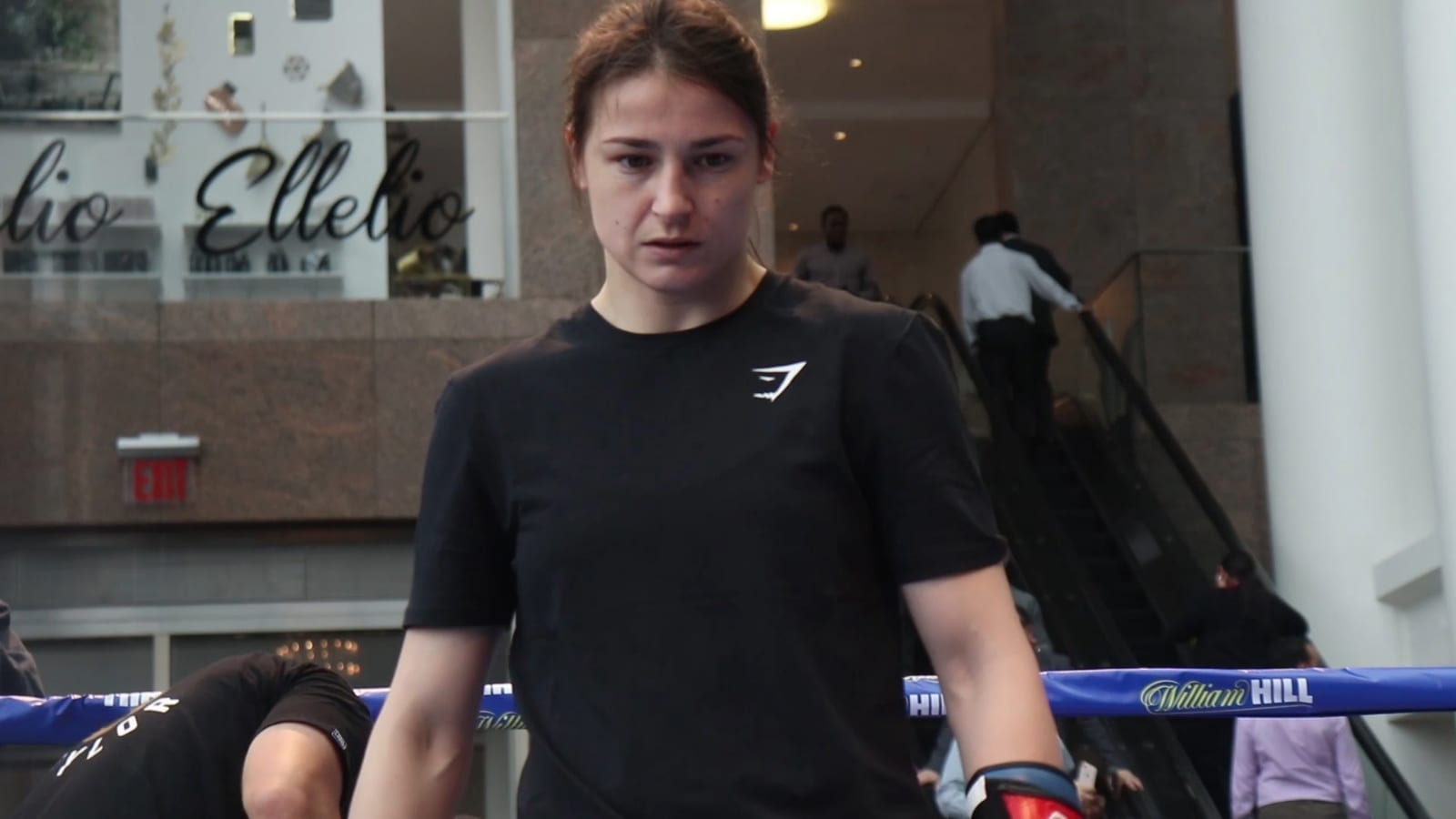 With little more than a week remaining until Katie Taylor steps into the ring once again with Delphine Persoon, the unified world lightweight champion has reserved some fighting words for her opponent.

The two first met in June of last year when Taylor was awarded the majority decision win in a closely fought contest which was almost certainly the toughest professional fight of the Bray native’s career. This time around, Taylor says she will not allow the fight to be a close one, and says that her efforts in the ring will clearly show who is the better boxer.

Responding to a prediction from Persoon that Taylor will ‘run’ during the fight, Taylor pointed to Persoon’s March defeat to Nikoleta Peta in a qualifier for the next Olympic games in a fight which came about as Persoon briefly returned to the amateur ranks.

“She needs to learn how to box,” Taylor said of Persoon’s performance in that fight. “That’s probably why she lost in the Olympic qualifier against an unranked amateur fighter. She’s the type who would say Floyd Mayweather runs as well, but he’s the best boxer of his generation. It’s called the sweet science.”

Taylor will look to prove herself correct next Saturday evening when she defends the WBA, WBC, IBF, WBO, and The Ring  lightweight titles at the Matchroom Boxing event in Eddie Hearn’s ‘back garden’ — Matchroom Fight Camp.