Mike Tyson and Roy Jones Jr. found themselves on either side of a draw on the judges’ scorecards in Los Angeles tonight. 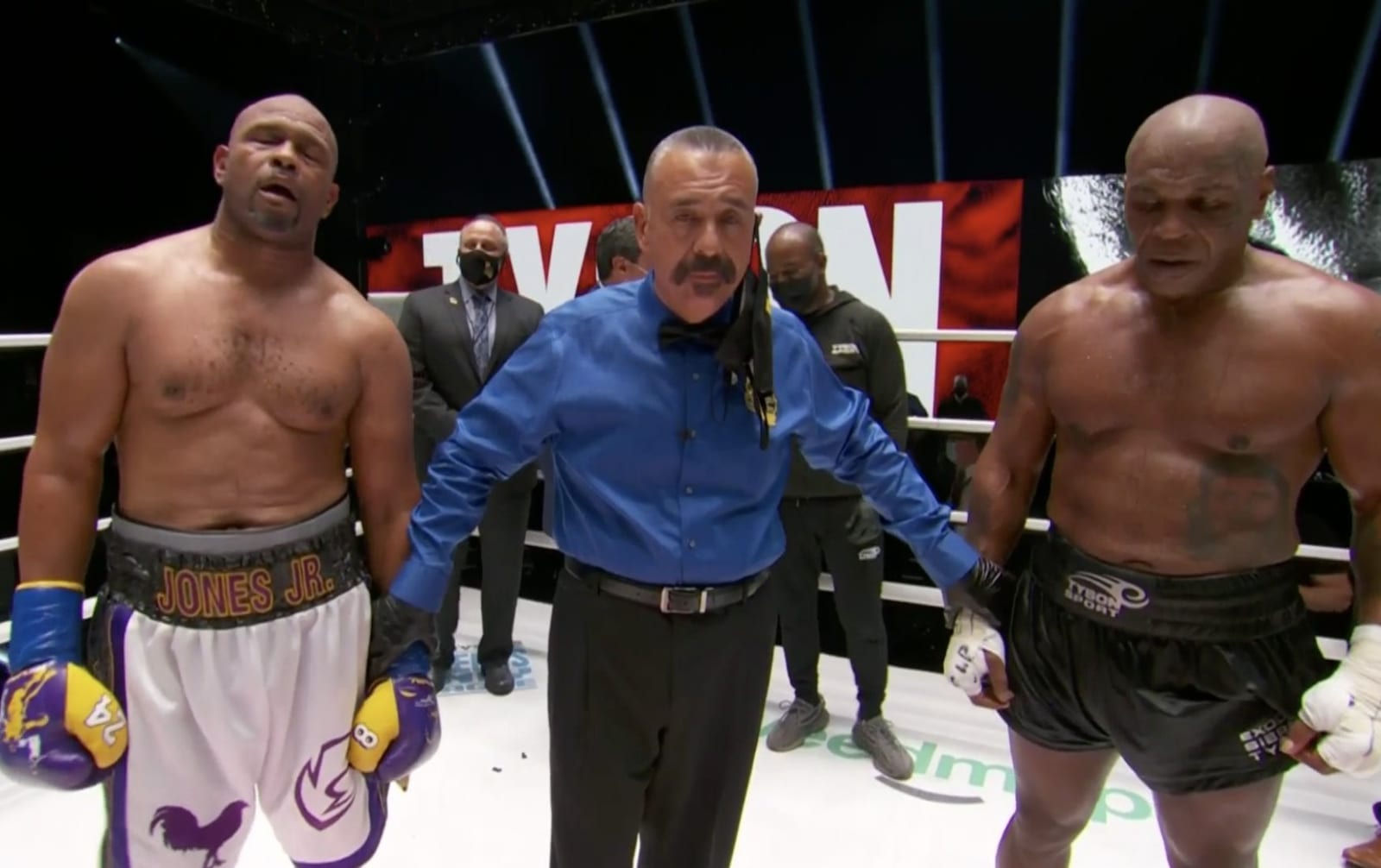 Mike Tyson and Roy Jones Jr. fought to a draw in Tyson’s first contest in 15 years.

While it won’t go down on his record as a professional, Tyson will have to be happy with his performance, which at 54-years old provided flashes of the man who terrified the world in his prime. In the end, the WBC judges (unofficially) scored the contest a draw, with four rounds to four.

In truth, part of Tyson’s success was found in Jones Jr. cardio beginning to fail half way through the fight. While much had been made of the pre-fight restrictions, in no way did one leave the experience feeling the two had held back on purpose, and indeed Tyson landed shots that appeared to hurt Jones Jr. on occasion.

#TysonJones is scored a draw! 👀

Mike Tyson agrees.
Roy Jones Jr not so much… 😂 pic.twitter.com/XgwOyyQx3W

“I’m good with a draw. I think [I won the fight] but the crowd was entertained,” Tyson said immediately following the bout.

“When he hits you, it don’t matter if it’s in the head, the body, the bucket, it hurts,” Jones Jr. responded.

After the contest, Tyson said he would “absolutely” do it again, and said Jones Jr. would be on the card, saying “We have to do it again” — although Jones. Jr seemed less committal.