Anthony Joshua reveals why he ‘takes inspiration’ from Katie Taylor

World heavyweight champion Joshua says he could pick up a trick or two from Taylor when she rematches Delphine Persoon this weekend. 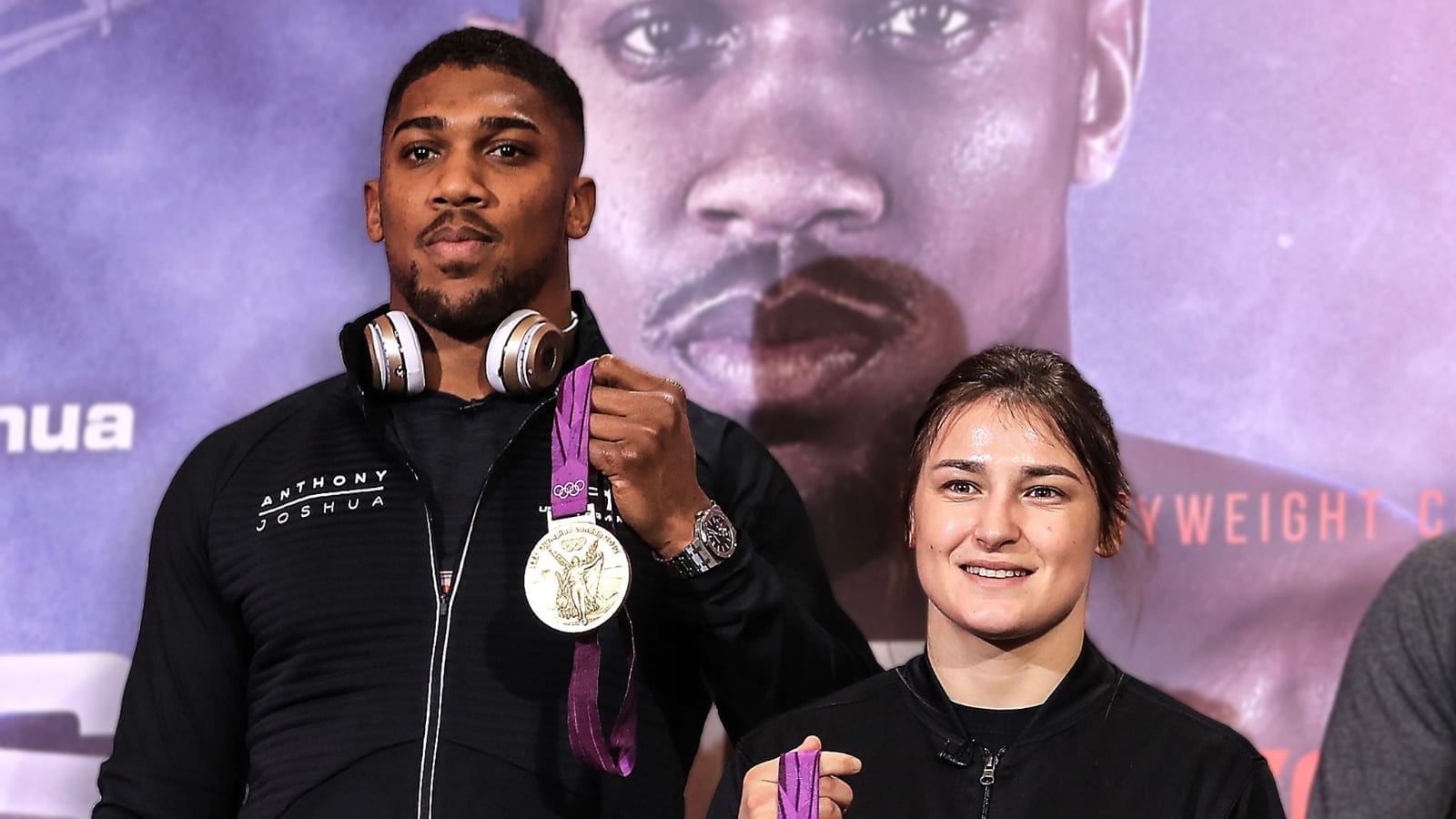 Ahead of this weekend’s rematch against Delphine Persoon, Anthony Joshua, one of the two men who have monopolised the titles boxing’s heavyweight division, has said that he takes inspiration from Katie Taylor.

Taylor will take on the gritty Belgian fighter Persoon on Saturday in a rematch of their closely-contested affair last summer as the Irishwoman looks to extend her status as the best lightweight fighter on the planet — and Joshua says that he has learned from his fellow Olympic medalist.

“I really respect her,” Joshua told Sky Sports. “She is phenomenal, she is someone I sit back quietly and learn from. She is a real-life athlete – I am more reckless. I take inspiration from her. She is a dedicated athlete.”

Taylor and Joshua have shared a card on four previous occasions but this time Taylor’s defence will come on a card topped by Dillian Whyte’s clash with Alexander Povetkin and as Taylor told RTE, she is aiming for the type of display which will starkly detail a gap in class between the two fighters.

“The first fight was too close for my liking,” said Taylor of the first fight. “It has been hanging over my head over the last year, so I was delighted when the rematch was nailed down. “I’m looking forward to putting on a more dominant performance on August 22nd and shutting up everyone that has criticised me over the last year.

“I did watch the fight back and it was obviously a very close fight. That’s why there is a rematch. I definitely couldn’t have given her more than five rounds. So, for people to say it was a ‘disgraceful decision’ or it was a robbery, is a disgrace in itself.

“I felt like I deserved to win the fight even though it was very close.”