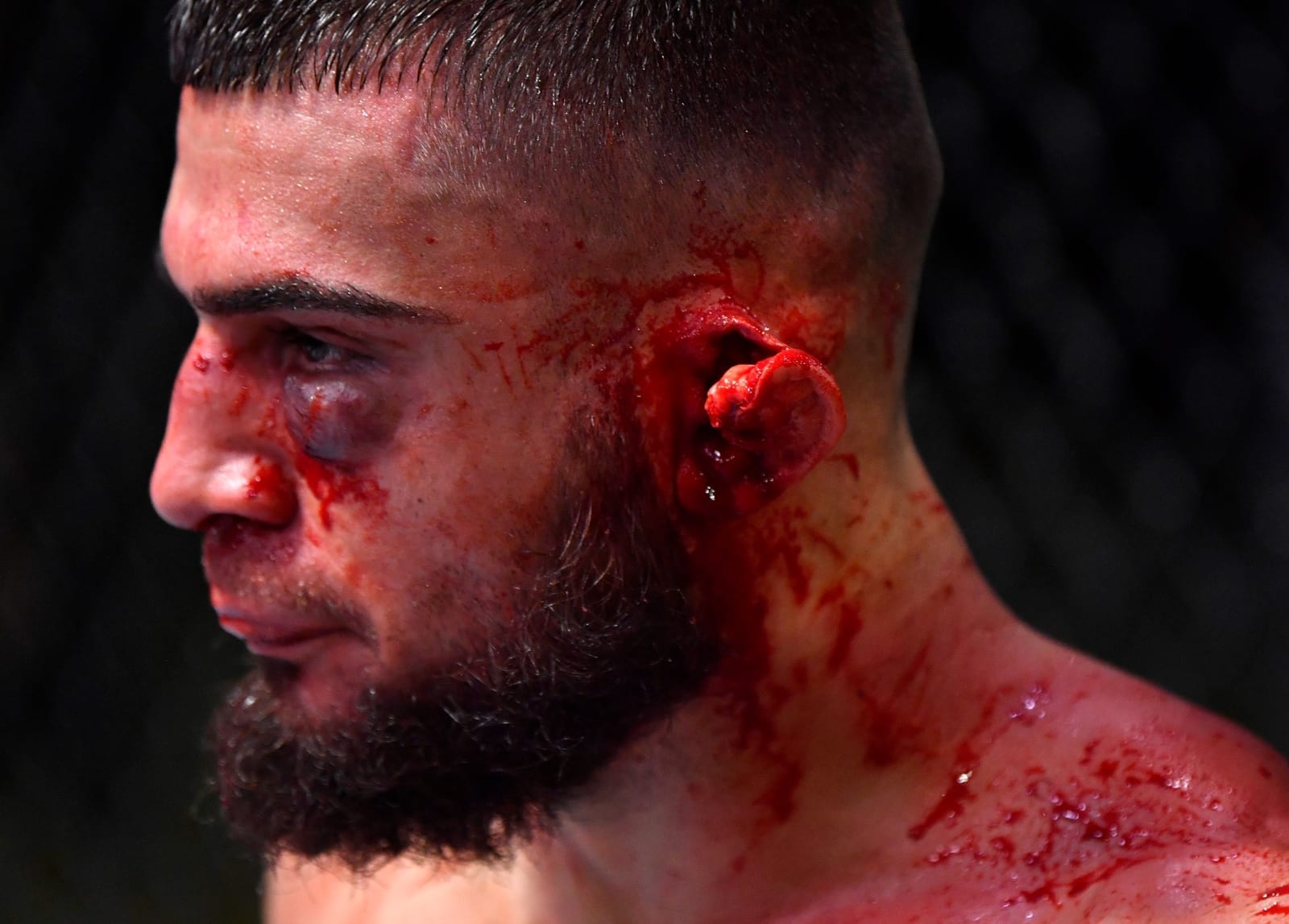 Tonight, a man nearly lost his ear at the UFC Apex in Las Vegas.

During a preliminary card fight between Max Griffin and Ramiz Brahimaj, Griffin landed an elbow that sliced through Brahimaj’s ear, nearly tearing it from his skull.

The fight was immediately called off by the referee, and there’s not much more to say than that. Check out the horrifying injury in the video below:

🤢 #UFCVegas13 is LIVE TONIGHT on @espn at 10pm ET pic.twitter.com/dUbmcIyi6g